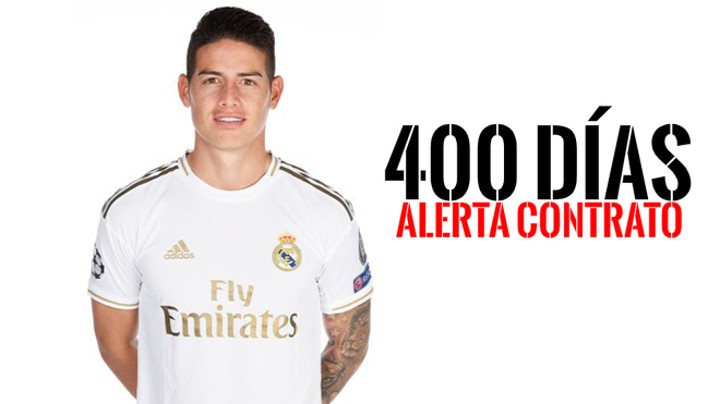 The Colombian's contract situation is reaching a critical point as Los Blancos decide what to do with the midfielder.

Upon extending his deal in 2017, James spent two years on loan at Bayern Munich, who chose not to exercise their 42 million euro option to buy him permanently last summer.

That was despite Bayern chairman Karl-Heinz Rummenigge declaring that the German side were going to pay the money in April 2019.

James came close to leaving Real Madrid upon returning last summer, but Napoli failed to reach an agreement to complete the signing.

The upcoming transfer window presents Real Madrid with the last chance to generate some money from selling him before he can leave for free next summer.

There is plenty of talk of a move to the Premier League, but there are 11 LaLiga Santander fixtures to be played first.