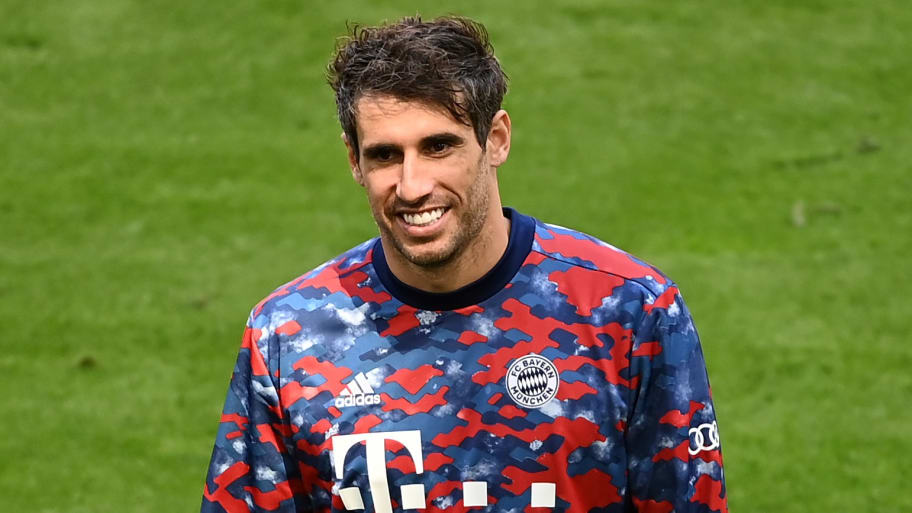 Javi Martinez appears to have signed for Qatar Sports Club following his departure from Bayern Munich.

The midfielder left Bavaria after a hugely successful nine years at the end of last season. During his time with Die Roten he lifted nine straight Bundesliga titles and won the DFB-Pokal five times. He also experienced success in Europe, clinching Champions League crowns in 2013 and 2020.

Since announcing that he would be leaving Bayern he has been linked with a return to Athletic Club, where he carved out a reputation as one of Europe's most promising defensive midfielders between 2006 and 2012. However, it now appears Martinez has opted to move further afield.

"Hi to all my Qatar Sports friends. I am happy to announce that I will see you all very soon. Keep updated," the former Spain international said.

Qatar SC endured a frustrating 2020/2021 season, finishing one point outside the top four in the Qatar Stars League. This meant they missed out on AFC Champions League qualification with the four available spots going to Al-Sadd, Al-Duhail Al-Rayyan and Al-Gharafa.

By signing Martinez, Qatar SC will be hoping to go one better next season. The midfielder joins a growing list of foreign stars plying their trade in the country. La Masia graduate Marc Muniesa, former Bundesliga goal-getter Pierre-Michel Lasogga and ex-Aston Villa striker Jonathan Kodjia will all be competing against Martinez during the 2021/2022 campaign.

They are not the only familiar faces either. Former France manager Laurent Blanc is currently in charge at Al-Rayyan and Slavisa Jokanovic was also managing in Qatar before he was snapped up by Sheffield United.