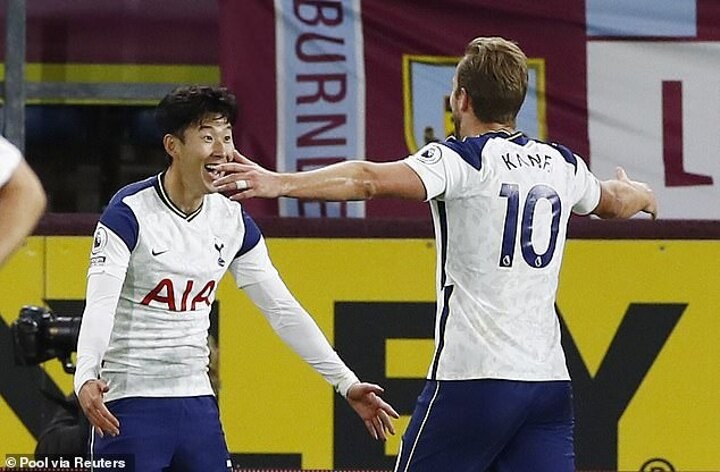 Former Tottenham striker Jermain Defoe says Harry Kane and Son Heung-min are the best partnership in world football, comparing them to the partnership that Lionel Messi, Thierry Henry and Samuel Eto'o had at Barcelona.

Tottenham haven't lost in the league since the opening day of the season, and that run of form has seen them to the top of the Premier League standings.

A lot of that can be attributed to the performances of Kane and Son, who have 16 goals and 11 assists between them this season. Only Didier Drogba and Frank Lampard have combined for more goals in any partnership in Premier League history.

Defoe knows a thing or two about finding the back of the net in the Premier League, having done so 91 times for Spurs across two spells. Speaking exclusively to Reece Mennie on Mennie Talks, he said: 'Those two are the best partnership in world football at the minute.

'The hardest thing that you can do at the top level is to be consistent, so for those two to show that consistency, for me is unbelievable.

'Son is dynamic, so he runs in behind. He gets the ball and he is direct, he beats people. It's what (Pep) Guardiola did at Barcelona, he played with the false nine with Messi, with Henry on the left and Eto'o on the right.

So what has been the key to Kane and Son's success? Defoe thinks it's Tottenham manager Jose Mourinho.

'With Kane and Son, what Mourinho has done has been incredible,' Defoe said.

'I think it is understanding the players that he has got. Credit to Mourinho because there were a lot of people before he took the job that were thinking "no", but I believe that you should always appreciate greatness because he is a great manager. He is unbelievable.'

Mourinho has a habit of winning titles in his second season in charge of a club. The only time he's failed to do so in the Premier League was with Manchester United in the 2017-18, when they finished second.

So can history repeat itself and can Tottenham win their first top-flight title in 50 years? Defoe seems to think so.

'Of course they can,' said the 38-year-old Rangers striker.

'It's not me being biased, I'm just looking at the performances. We have Mourinho and we are playing the way we are, so anything can happen.'