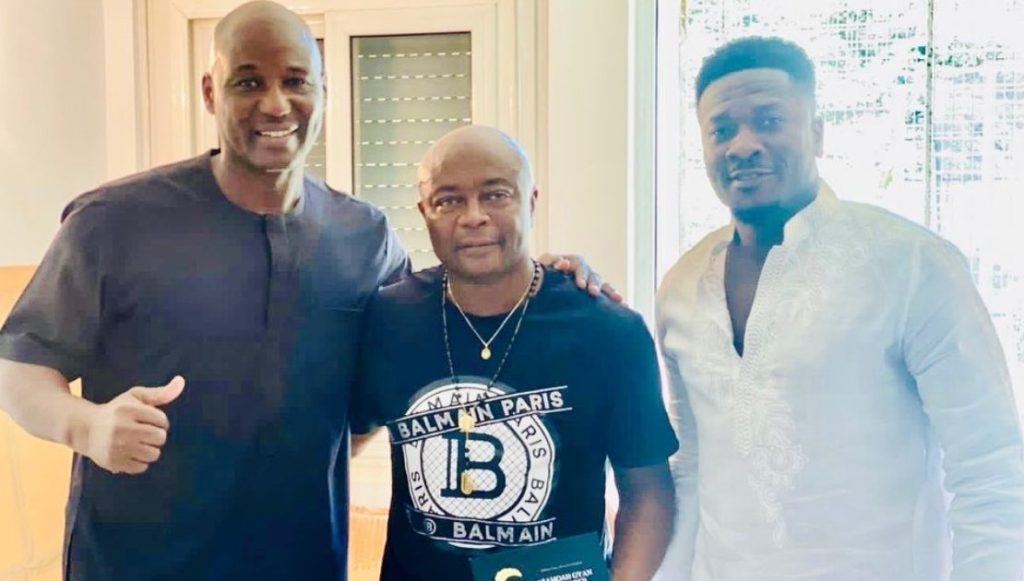 I don’t believe we need a debate on Asamoah Gyan and Abedi Pele, both ex-Black Stars captains to establish their exploits or what they achieved for Ghana. All they chalked as footballers in club and national team jerseys is incontrovertibly known.

No one can spin or twist it. I’ve insisted that, legend is abused by too many people in our showbiz circles and of which football, under this context, is part. It’s my conviction that, legends don’t fight for recognition. Your country, your people, authors, historians, commentators etc. in your area of operation, confer the status on you on the basis of your immeasurable contributions and achievements in your field.

It’s right to set records straight. Records must be what they are. We are imperfect, finite beings but the sacrifices of our football icons must stay fresh and cherished because generations unborn can learn from their experiences.

Biographies and autobiographies of our football icons are important. When they’re published, we have to read them, even discuss them and those behind such materials must be receptive to reviews since books are often scrutinised.

I’ve laid this premise for my view that, managers or publicists of football icons must know exactly when and how to respond to information on their clients, otherwise, their mandate to ensure their reputation is enhanced becomes questionable.

A tweet by the manager of Asamoah Gyan reacting to another tweet by Abedi Pele’s publicist, that, the latter had an autobiography in French and English in 1992 intrigued me. Media conversations on our football icons documenting their stories for posterity dominated the airwaves ahead of Asamoah Gyan’s Legyandary book launch.

How the revelation that Abedi Pele had an autobiography in France generates caustic questions and commentary, like the timing of the release of such an information, exposes our lack of understanding of certain issues and our ungodly eagerness to always fault motives. That conduct is often rushed and unintelligent.

When I wrote on Gyan’s book launch, I had compliments from people who worked on Kwasi Appiah's ‘Leaders Don’t Yell’ book. I was even surprised to receive kind words from colleague, Fiifi Anaman whose book on C. K. Gyamfi launches this month.

People sent me screenshots of a book on Nii Ordatey Lamptey by Joris Kaper, 'The Curse of Pele; Nii Lamptey', published in Belgium. Against this backdrop, how wrong is it with the world being told that, Abedi has had an autobiography 30 years ago? Mine isn’t to take on Gyan’s manager but his was an avoidable public relations blunder.

Gyan has done something vital to inspire youths. His book launch was excellent. We were feasting on photos of the event with continuing discourse on his book only for the talk to be diluted by his own. When you’ve tirelessly worked on such a publication, you don’t stray into paths that take attention off your brilliant work.

Gyan’s camp must know this. They should watch their public relations steps as his book is up for review. To conclude, Gyan’s national team exploits will always have a space in Ghana football history. That of Abedi Pele has already taken its immutable place. No one should foist the legendary status of anyone on the public for the notable feats of our foootballers are known.