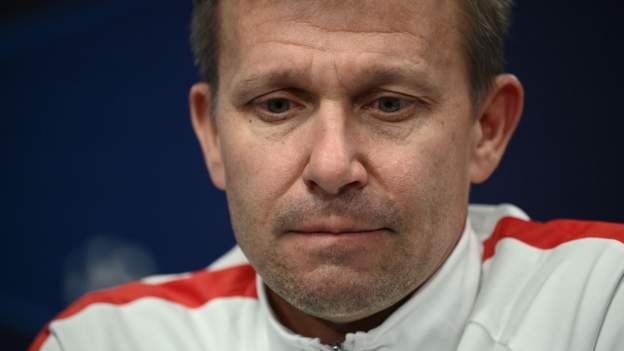 Jesse Marsch has been sacked as RB Leipzig manager after just four months in charge.

The American, 48, was appointed in April but started in the role in the summer, succeeding Julian Nagelsmann.

Leipzig are 11th in the Bundesliga table, having won just five games out of 14 this season.

"It was not easy for us to part company with Jesse Marsch, because I hold Jesse in high regard as a person and as a coach," said Leipzig chief executive Oliver Mintzlaff.

"It is a shame that things did not work out as we had hoped with this setup, and that this step has now become necessary."

Marsch said: "Up until the very end, I remained hopeful that after a troubled start to the season and inconsistent performances, we would find more cohesion and stability as a group and turn our fortunes around.

"Unfortunately, we didn't manage to do that - after a discussion with Oliver Mintzlaff, we came to the joint decision to make a change in the coaching position."