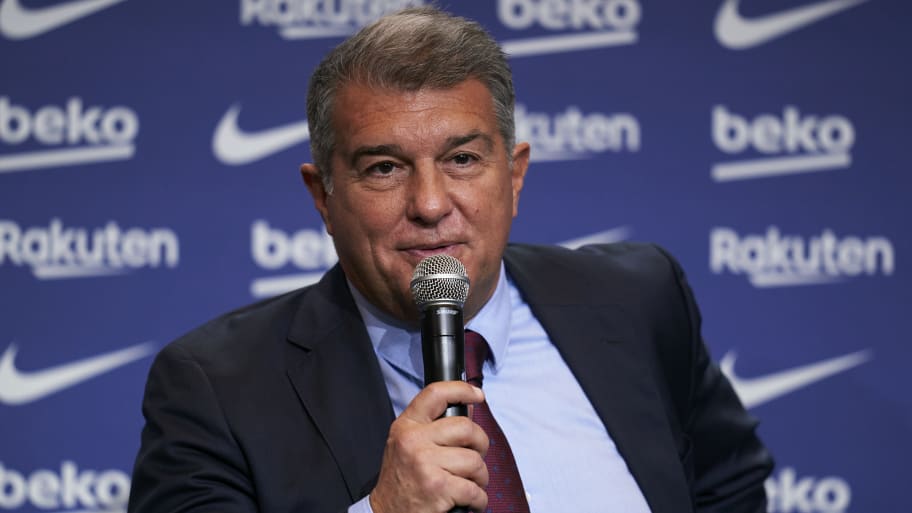 Club president Joan Laporta has admitted Barcelona's finances were in a 'terminal' state when he stepped into his current role, but work is ongoing to improve this situation.

Laporta previously ran as Barça's president from 2003 to 2010, overseeing one of the most successful periods in the club's history.

Sandro Rosell then ran as the president until 2014, when the hugely unpopular Josep Maria Bartomeu began his tenure, ultimately leaving Barcelona in a state of financial ruin by the time of his departure in 2020.

Laporta has discussed how he and his board have helped pull the club away from the financial red zone, though there is still work to be done.

"When we arrived over a year ago, the club was in a terminal [financial] situation," Laporta said. "We have restructured our debt, we have saved on financial costs, we have controlled our expenditure and we have increased our revenue."

Laporta is hoping that Barcelona board members will approve of measures to help raise further money and boost the club's economy at an assembly later this week.

"If these financial operations are approved by our members, it will be good news for us," Laporta added. "We will balance our books sooner than we expected."

Barcelona remain intent on signing Robert Lewandowski from Bayern Munich, while deals to bring in Andreas Christensen and Franck Kessie on free transfers are expected to go through despite their ongoing financial battles.

This article was originally published on 90min as Joan Laporta reveals Barcelona are working to improve 'terminal' financial situation.