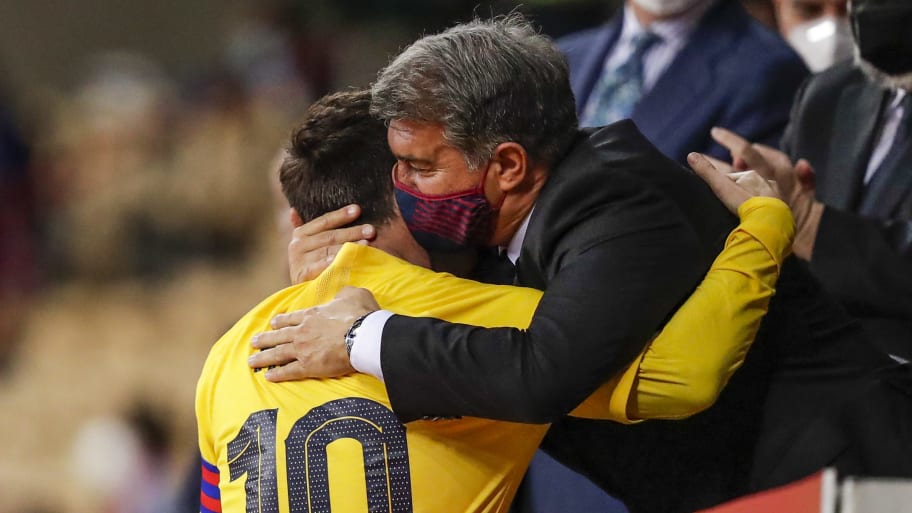 Joan Laporta will hold a press conference at 11am on Friday to explain Lionel Messi's Barcelona exit.

The Blaugrana announced the news that none of us ever thought would come on Thursday night, confirming Messi had officially cut ties with the La Liga giants.

In the statement Barça claimed financial restraints had caused Messi's exit, with the club unable to commit to the deal they'd originally tabled due to La Liga regulations.

However, rumours soon surfaced suggesting that their inability to complete a deal for Tottenham-bound Cristian Romero - Messi's international teammate - was the catalyst for the six-time Ballon d'Or winner's departure.

Club president Laporta has now announced that he will hold a press conference at 11am on Friday where he will address the news, and it sounds like he's going to have a fair bit to clear up given the amount of rumours already circulating regarding the Argentina international's exit.

Not only did news of Messi's departure force Barcelona to basically admit they're in financial turmoil - something we already knew but it's particularly mad to see them actually admit it - the announcement is made even more embarrassing by the fact Laporta has continued to insist Messi would be going nowhere.

The Barça president hasn't been shy when it comes to providing updates on the progress of their all-time record goalscorer's contract talks, and even as recently as late last month did he claim the contract would be signed within the next ten days.

Laporta will now be forced to explain why he was unable to secure Messi's long-term future, something he insisted he would do when campaigning to be re-elected as club president.

We certainly don't expect him to admit that Messi is desperate to play with Romero and is in north London undergoing a medical, but it'll be interesting to see what he has to say on the matter nonetheless.


This article was originally published on 90min as Joan Laporta to address Lionel Messi's Barcelona exit in press conference.