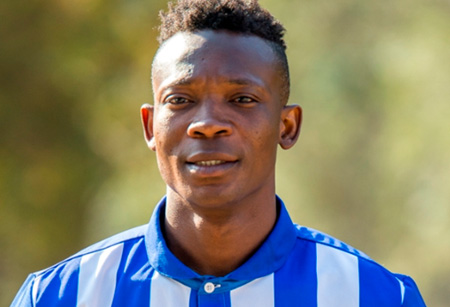 Former Ghana International John Painstil has come out to debunk the sale of Ghana Premier League side Wa All Stars to Member of Parliament for Tamale South Haruna Iddrisu as he claims the team has been bought by his team from embattled Ghana Football Association boss Kwesi Nyantakyi.

John Painstil and his team have acquired Wa All Stars according to reports and in the wake of issues concerning the sale of the team to the Member of Parliament, GHANAsoccernet has sighted a letter which affirms the ownership of the team to the Painstil group.

“We wish to state that nothing can be farther from the truth. As at date, Mr Kwesi Nyantakyi is not the owner of Wa All Stars. He has signed all the documents evidencing the transfer of his interest in the club and which documents have been processed at the relevant State Institutions”.

“He can therefore not sell a club he is not the owner of. Any person who deals with Mr. Kwesi Nyantakyi or any person who claims to be acting on his behalf in respect of Wa All Stars does so at the part of being defrauded”.

John Painstil in an interview indicated that his side were unable to take part in the Special Competition because the transfer of ownership from Kwesi Nyantakyi to his side was not complete which led them to pulling out of the tournament.