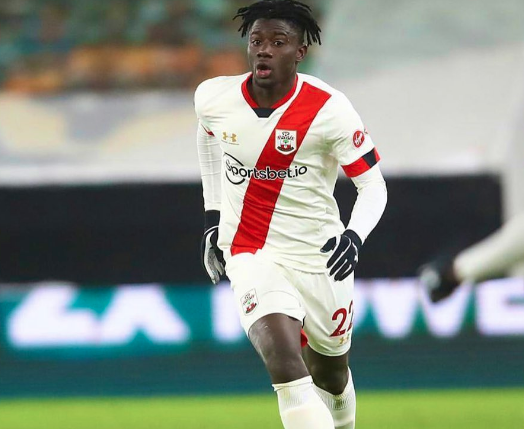 Former Ghana international John Paintsil says Black Stars 'is the best place for every player' and has urged defender Mohammed Salisu to avail himself for selection.

The Southampton defender said he is not ready for international duty and turned down his first call-up during Charles Akonnor's reign as Black Stars coach.

Nothing has changed since Milovan Rajevac took charge with the Serbian's last two call-ups not featuring the centre back as Ghanaians grow worried of the situation.

“Playing for your country is the best thing that will ever happen to any player because it’s something that will put you on the map for people to see, and your respect will rise high and a lot of clubs will even start chasing you when they see you play at the World Cup and Africa Cup,” Paintsil, who represented Ghana at the 2006 and 2010 World Cups, told Goal.

“What I am thinking is that he’s probably looking at some of the players like Kevin-Prince Boateng who came to play for Ghana and at the end the boy was struggling with the media, being dropped from the World Cup, fighting, all these things – players look at all these before joining the national team.

“So I think he maybe needs time, and as an ex-player, I’ll advise that playing for Ghana will help him a lot and boost him higher for a lot of clubs to see him. Sometimes you don’t look at what is happening to somebody and make a decision on that.

“For me, Ghana Black Stars is the best place for every player in the world. So I’ll advise that whatever is keeping him away should be respected but I would say he should speed up and play for his country.”

The 22-year-old is one of Ghana's best players in Europe and is currently in great form as he consistently churns out impressive performances in the Premier League.

So far this season, Salisu has played 13 games in all competitions and registered his first goal for Southampton.