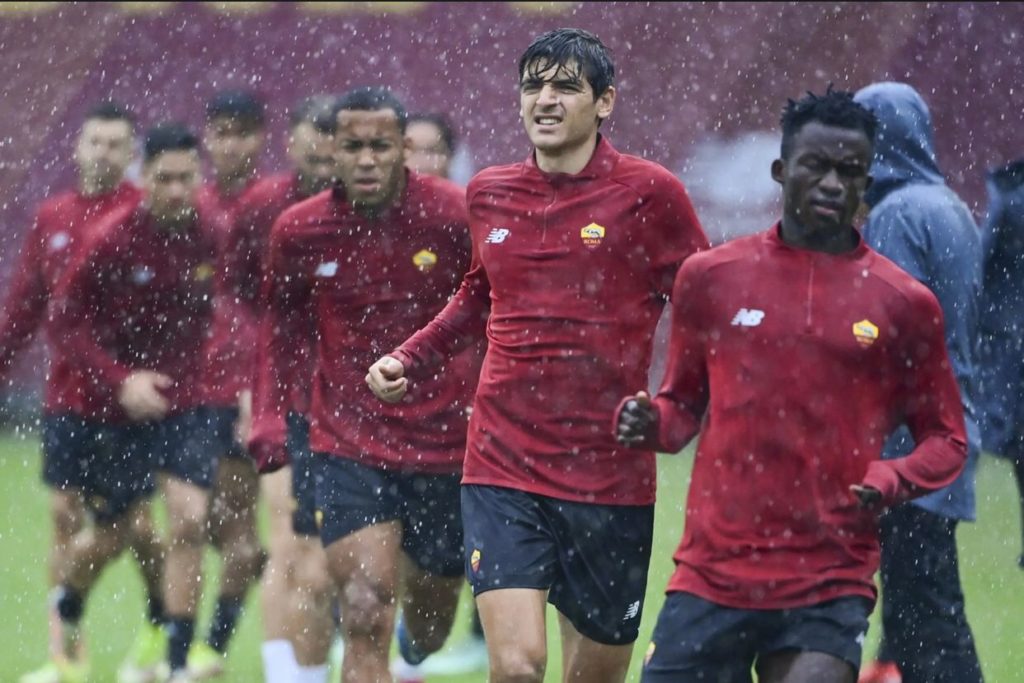 Felix Afena Gyan training with the AS Roma First Team

Promising Ghanaian talent Felix Afena-Gyan has been training with the AS Roma's prima squadra under Jose Mourinho during this international break.

The 18-year-old was one of the players promoted to train with the First Team at Trigoria with as many as 13 called up by various national teams during this month's FIFA break.

In September, Afena-Gyan received his first invitation from the Portuguese tactician to train with the senior side.

This was after his solitary goal gave the U19 side a 1-0 win over Sassuolo at home in the Primavera 1 championship with Mourinho watching alongside AS Roma General Manager Tiago Pinto.

Gyan has been in top scoring form in the youth league and he is being closely monitoring Mourinho's backroom staff.

''He [Mourinho] came to me and asked who was the best player in Ghana and when I answered him, he later mentioned Michael Essien and Sulley Muntari,'' Gyan told GHANASoccernet.com exclusively.

''He tapped my shoulder and told me to work hard.''

Gyan has scored four goals in three matches for the Primavera who top the table.