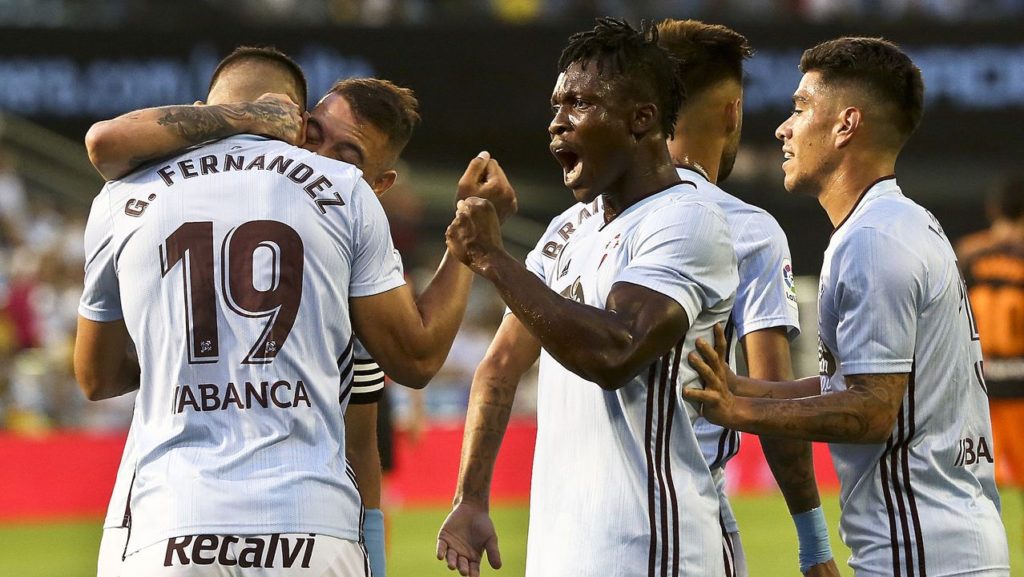 Ghana defender Joseph Aidoo has pointed out that Celta Vigo coach Fran Escribá helped him settle at the club easily.

The former Inter Allies player joined the La Liga side from Belgian champions KRC Genk in a big money move in the summer.

Aidoo has warmed his way into the starting line up of the Sky Blues with some stupendous displays this season but the defender narrates how the coach played a role in making him feel comfortable.

"Before the game he approached me and told me that I didn't have to impress anyone, that I know the player time I am and that I should do what I know how to do. He also told me that he believes in me and that motivated me more to do my best," he told Joy online.

Aidoo made his debut against Valencia, helping Celta Vigo to a 1-0 win at the Baladios.

He also starred in the 1-1 draw against Sevilla at the Ramon Sanchez Pizjuan.