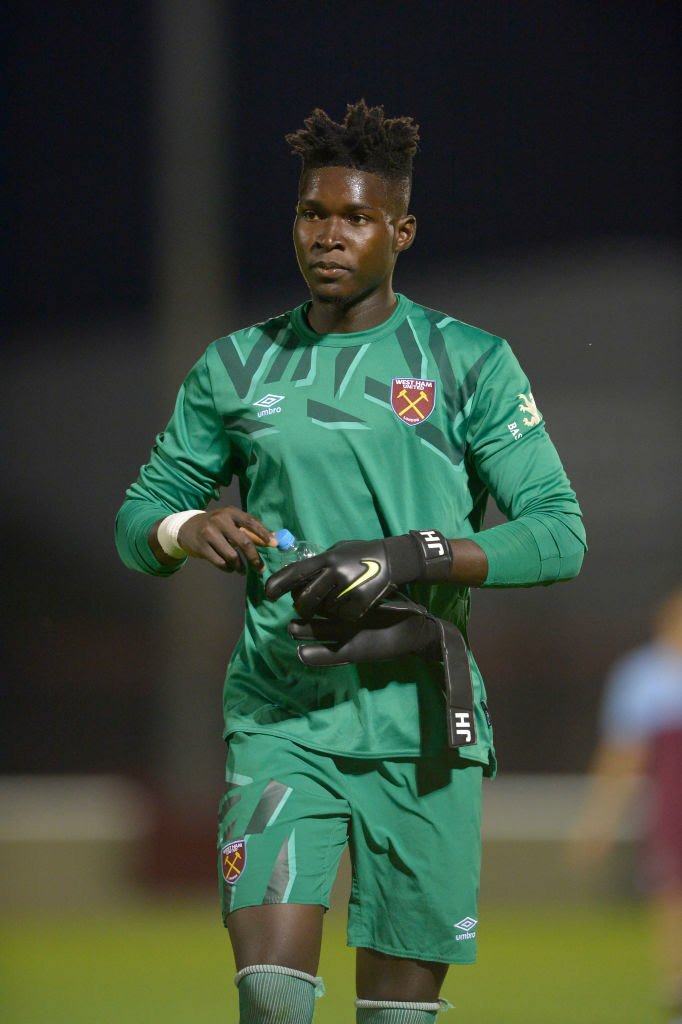 English-born Ghanaian goalkeeper Joseph Anang is in contention for first team promotion at West Ham United FC after being impressive in the Premier League 2.

The 19-year-old has kept 17 times for the West Ham U23 side this season and has not lost in any of the matches.

His outstanding performances has seen him keep eight clean sheets as the Hammers sit top of the Premier League 2 Division 2.

With first choice Lukasz Fabianski nearing the end of his contract, manager David Moyes has set his eyes on Anang to the void for next season.

Three months ago, the young shot stopper was called to first team training ahead of the club's visit to Chelsea FC in the premiership.

Anang is yet to make his first-team debut, but does have one cap for England’s Under-20s, and appears to have a bright future ahead of him.