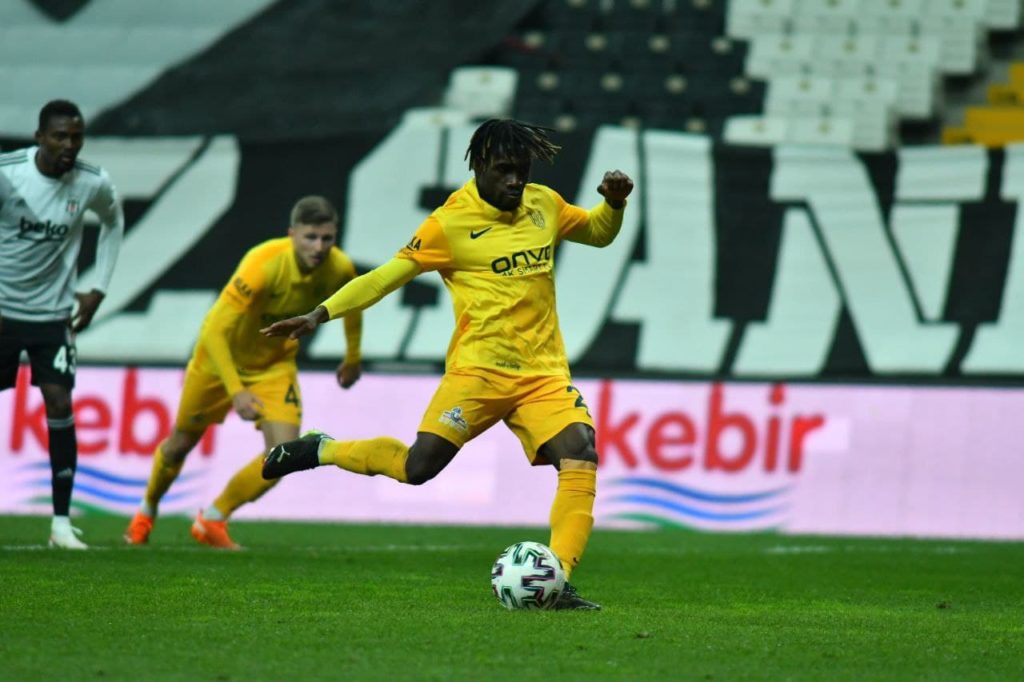 Ghanaian forward Joseph Paintsil rescued a draw for MKE Ankaragucu after netting a brace against Besiktas in the Turkish Supaliga on Friday.

MKE Ankaragucu played above their usual level to hold Besiktas at the Vodafone Park.

The Yellows fell behind to Ante Kulusic’s last-gasp own goal.

Kulusic’s afternoon took another devastating turn after putting the ball at the back of his own net once again just seven minutes after returning from recess.

Besiktas appeared to be enjoying their luck in the afternoon before Joseph Paintsil reduced the deficit with an artful penalty in the 65th minute.

The Ghanaian forward completed the comeback for his side with another goal from 12 yards in the dying embers of the game.

The 23-year-old was substituted on the 94th minute to be replaced by Sahverdi Cetin to shore up the defense for Ankaragucu.

Paintsil has scored 9 goals in his 28 game outings for Ankaragucu in his debut season.