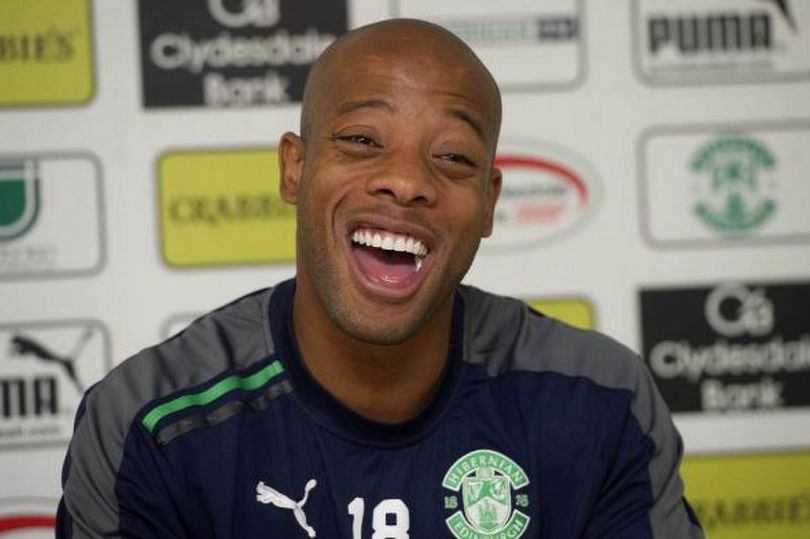 The ex-Ghana international passed away this week at the age of 40 after suffering a stroke in 2015.

He played for Hibs for six months during the 2011/12 season alongside Stevenson, who was shocked at the news.

While he hadn’t kept in touch with Agogo, the left back followed him on Instagram and from what he could tell, the former Nottingham Forest striker had been leading an active lifstyle.

“I have him on Instagram and he seemed to be living a healthy life,” said Stevenson.

“I knew he was into running recently so he must have been trying to get back to fitness.

"He is not someone I properly kept in touch with but he was a big figure and he came here with a massive reputation and this isn’t something you want to hear about especially about a former teammate.

“He was larger than life and a real character. Quite rightly, he came with a big reputation because he had done a lot in his career and scored some goals at the African nations, which he used to always talk about. It is bad to hear that.

“He used to moan about the direct football. He always wanted the ball to his feet and he wasn’t happy with the Scottish long ball tactics.

"Off the pitch he was brilliant. There was no denying that he had made a bit of money in his career but he was really down to earth and he was a lovely guy with everyone.

“I’m sure he used to park his Maserati next to my Honda Civic! Maybe in a joking sense he would wind you up about things like that but you could take it because he was joking and he worked hard for the team and wanted the best for everybody. This is really surprising news.”

Manager Paul Heckingbottom knew of Agogo from his time down south, but not personally. The Hibs boss actually played against the striker during a trial match for Bolton, and echoed the sentiments shared by his player.

“I know who he is and your paths cross but I didn’t know him personally.,” he said. “It’s really sad news and the first I’ve heard of it. On behalf of the club and all our staff, I send my best wishes to his family.

“In football, we’re always competing against each other all the time but there is a tightknit group and you are part of a bigger family. It’s sad news.

“It tends to be more dramatic when it is someone young and someone who is perceived to be fit. It’s the last thing you expect.”