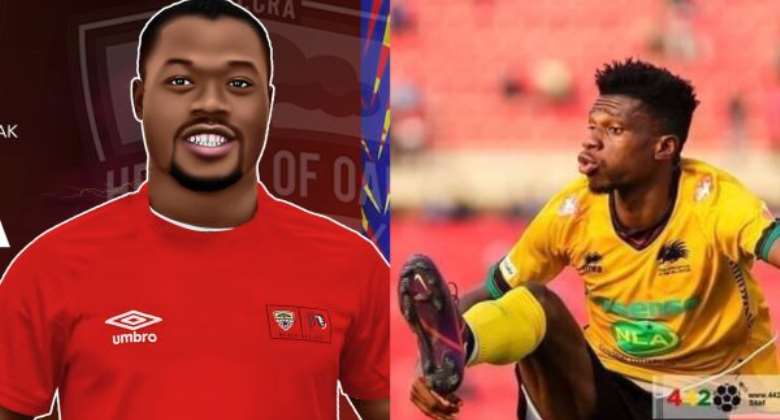 Kaaba completed his transfer to Hearts of Oak earlier this week, joining Etouga in the Ghana Premier League.

Etouga, who plays for Asante Kotoko, scored 20 goals in his debut season, and Kaaba is already under pressure to match or better that total.

“I have been scouting strikers for close to 20 years and it doesn’t take me too long to identify one,” Tigana told Kumasi-based Akoma FM.

“Moreover, he has been the top scorer for all the teams he has played for.

“I watched him for two days in two separate games and I was amazed at his performance and I approached him to work with me.

“I can’t compare both because they are all my players and Mbella has already raised the bar by scoring a lot of goals already in the Ghana league so it’s a challenge for him to reach that level but I trust he can also do it.”

“Kaaba is like Lukaku type of striker and physically stronger than Mbella but Mbella is more intelligent in some situations than Kaaba.”

Tigana also disclosed Hearts of Oak had to beat competition from an unnamed Algerian club to the signature of the striker.

“Kudos to the Hearts of Oak for getting him on board because there was a deal for him in Algeria and he rejected to join Hearts so they have done well.”