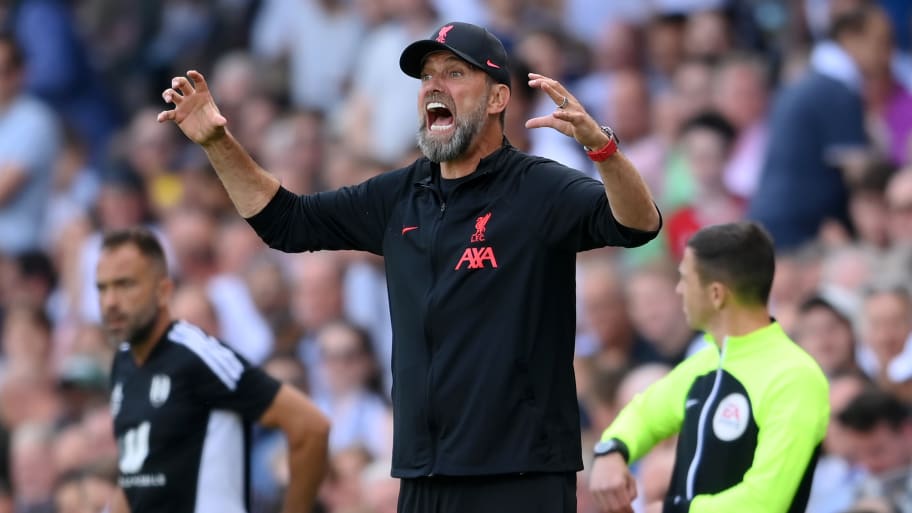 Jurgen Klopp has admitted that his Liverpool side did not deserve the three points on offer in Saturday's 2-2 draw at Fulham, criticising the Reds' 'attitude' to start the season.

Darwin Nunez came off the bench to equalise midway through the second half, before Mitrovic scored from the penalty spot after being impeded by Virgil van Dijk. Mohamed Salah was on hand to rescue a point late on after some confusion in the Cottagers' defence.

Speaking to BT Sport post-game, Klopp revealed that he was furious with Liverpool's start and he made his feelings known at half-time.

"The best thing about the game is the result, that we get a point from a really bad game from my side," he said. "The attitude was not right in the beginning, we wanted to fight back but we don't find it as easy any more.

"The result is fine, we don't deserve more than that but the performance is massively improvable."

He added: "You can't always hug the boys [at half-time]. We do that usually when they deserve it and the first half - it's not that they didn't but when you start a game the opposite of how we want to start it's difficult.

"Everybody was under pressure, we couldn't really break the lines. We never had momentum, we could have won the game as we had the bigger chances but that would have been too much."


This article was originally published on 90min as Jurgen Klopp critical of Liverpool's 'attitude' in Fulham draw.