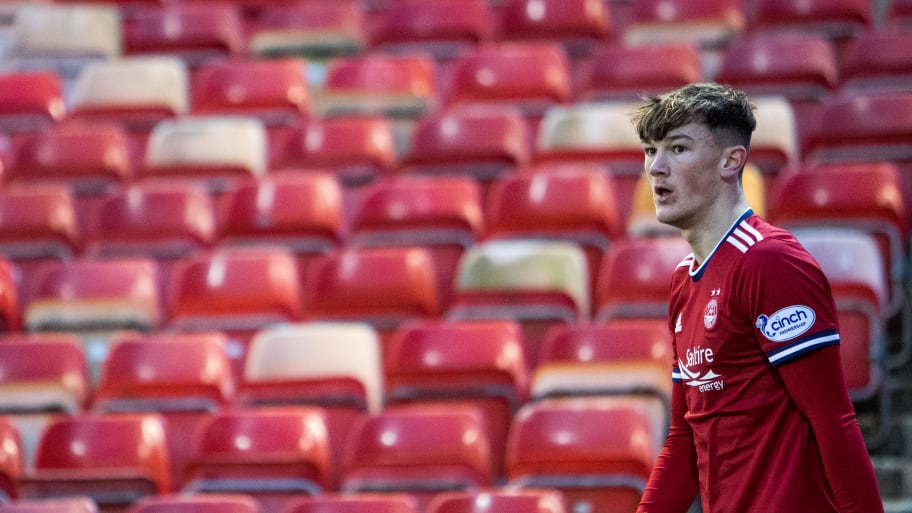 Jurgen Klopp has said youngster Calvin Ramsay has 'bags of potential' following his move from Aberdeen to Liverpool.

The Scotland Under-21 international joined the Anfield club on Sunday, signing a long-term deal at his new club.

“He has bags of potential. He is only 18 years old at the moment, although turns 19 soon and already has a decent number of first-team appearances for a defender of his age. He is athletic, smart, confident, with good technical ability and – always crucial – is eager to learn. So there’s lots to like.

“Experiences of European and U21 international football have been really important for him and his development, too. Signing so early in the window is fantastic for him as it means he’ll be with us for pre-season. That helps so much, particularly for a younger signing coming to us.

“He and we will have patience with each other. I think we have proved ours is the ideal environment to nurture and harness the qualities and talent of a young player. So we’re all really looking forward to working with him and seeing him improve and develop.”

Despite being just 18 years old, Ramsay joins Liverpool with an already lofty reputation. The full-back was a regular in the Scottish top flight last season and already has three Under-21 Scotland caps to his name.

This article was originally published on 90min as Jurgen Klopp gives verdict on Liverpool's signing of Calvin Ramsay.