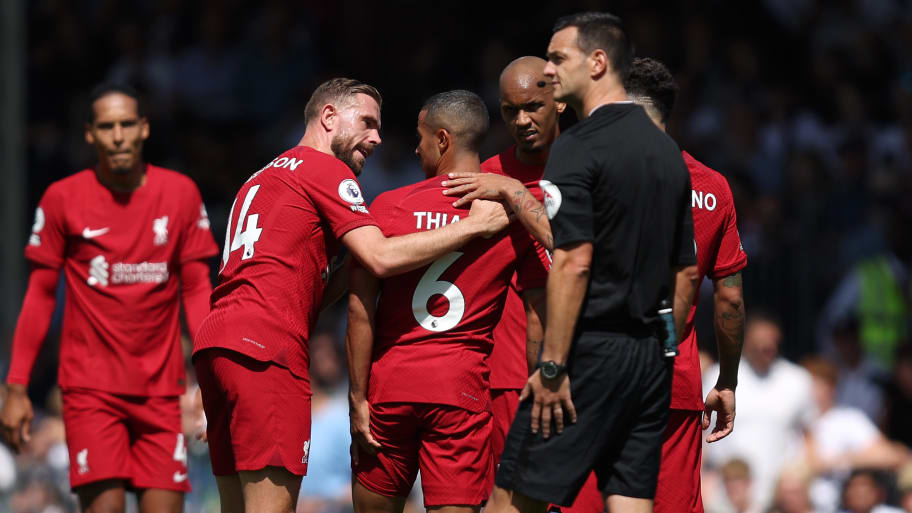 Liverpool manager Jurgen Klopp insists that he still has enough midfielders in his squad despite Thiago Alcantara limping off early in Saturday's draw against Fulham.

Thiago appeared to be struggling with a hamstring problem and will now be assessed to understand the extent of any damage. But he joins fellow midfielders Curtis Jones, Naby Keita and Alex Oxlade-Chamberlain in currently being unavailable.

Klopp previously stated in mid-July there is ‘no need for a new midfielder’ in his squad. Even with setbacks, the Reds boss doesn’t seem to have changed his mind.

"I know what will now come up, it's clear. We said we don’t need a midfielder because we have enough - and we actually have enough, but the problem now is we get punished for something that is not our responsibility really because things like this can happen," Klopp said, via LiverpoolFC.com.

"Nobody could imagine that Curtis gets the thing he gets; it is nothing serious but he is a young boy and it is a kind of stress reaction. Bodies are like this.

"Naby is only ill and he will now be back definitely next week again. Oxlade happened early and now with Thiago that is, of course, not good and we will see."

Klopp, who has rejected calls to make new signings during injury crises in the past, is adamant that any transfer ‘must make sense now and in the long-term’.

He explained: "We have midfielders, we have still enough midfielders. It is not that we lack midfielders, but it’s just some of them are injured.  This is not a good situation, I don’t like it at all, but we have to see how we react on that - but for sure not panicking."

This article was originally published on 90min as Jurgen Klopp insists Liverpool still have enough midfielders.