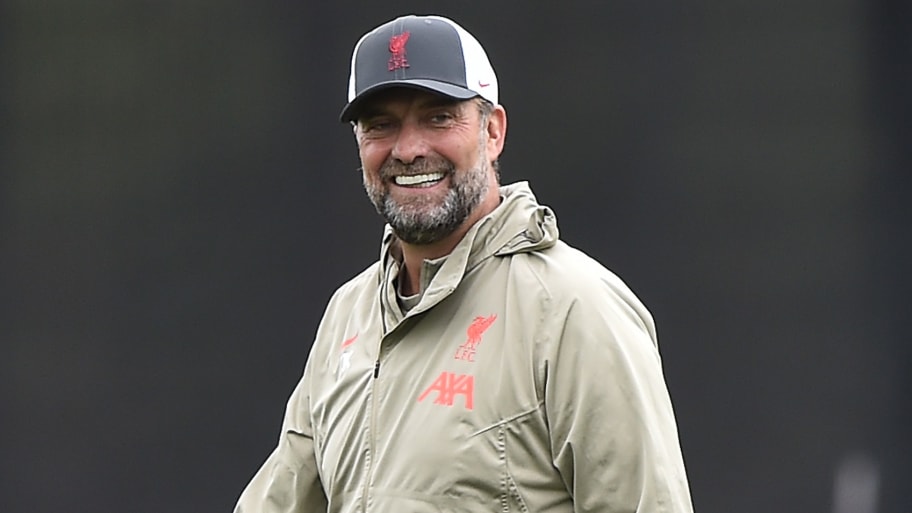 Jurgen Klopp has confirmed that Roberto Firmino will miss Liverpool's Premier League meeting with Crystal Palace on Saturday as he continues to recover from injury.

Firmino has missed the Reds' last two games - a 3-0 win over Leeds United and a 3-2 Champions League triumph against Milan - with a hamstring problem.

There had been hope that he would return to the fray against Southampton but Klopp was quick to rule that out in his pre-match press conference.

"He’s not ready. Bobby didn’t even start training with the team. It will happen at some point next week, he will be back in training and then we will see," he said.

The Southampton game is Liverpool's third is six days and Klopp confirmed that fans could expect to see a significant amount of rotation for the fixture. Virgil van Dijk, Thiago Alcantara and Ibrahima Konate were all rested in midweek and could start, while Kostas Tsimikas has an outside chance of playing.

Asked about whether he would shuffle his pack, Klopp replied: "Yeah, [that’s] clear. We spoke a lot of the schedule and stuff like this but this [having three games a week] is normal for us, but the Sunday-Wednesday-Saturday thing is a tough one and the shortest one you can get in a normal week.

"You have to think about these kind of things, we did that [for the AC Milan game] and thank God we came through. I really thought the boys did really well and we will have to make changes again, that’s clear."

Another player who should be restored to the starting XI is Sadio Mane, who was benched against Milan. The forward has endured a tricky start to the season in front of goal, with no other Premier League player underperforming their xG more dramatically.

Despite this, the Liverpool boss insisted that Mane would return to his best soon.

"Sadio is in a good moment; a really good moment physically and mentally as well, so really confident and you can see that.

"A player misses a chance and doesn’t look desperate or whatever, he has a smile on his face and he knows, ‘I could have done this or this better…’ and all these kind of things. It's all good for the moment but Sadio is an exceptional player so he has to perform exceptional because this is the standard we expect from him and he usually delivers."

This article was originally published on 90min as Jurgen Klopp provides injury update on Roberto Firmino.