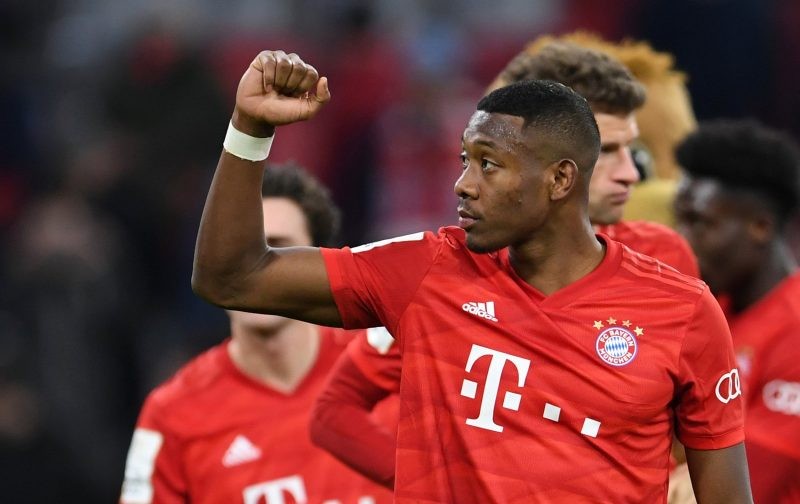 Juventus are reportedly considering the signing of Bayern Munich left-back David Alaba on a free transfer despite his desires to play for Barcelona or Real Madrid in the future.

The 28-year-old Austrian international is contracted to the German giants until June 2021 and he is unlikely to sign a new contract because he would prefer to play outside of the Bundesliga.

Corriere dello Sport reports that Juventus want to sign Alaba once his contract expires but he would prefer to play in LaLiga and join one of the two Spanish giants.

The Bianconeri made several signings on free transfers when Giuseppe Marotta was the general director and his protege and current Juve sporting director Fabio Paratici has also acquired players for free as well.

Alaba has been a member of the Bayern Munich senior squad since 2010, winning nine Bundesliga titles and the 2013 Champions League.