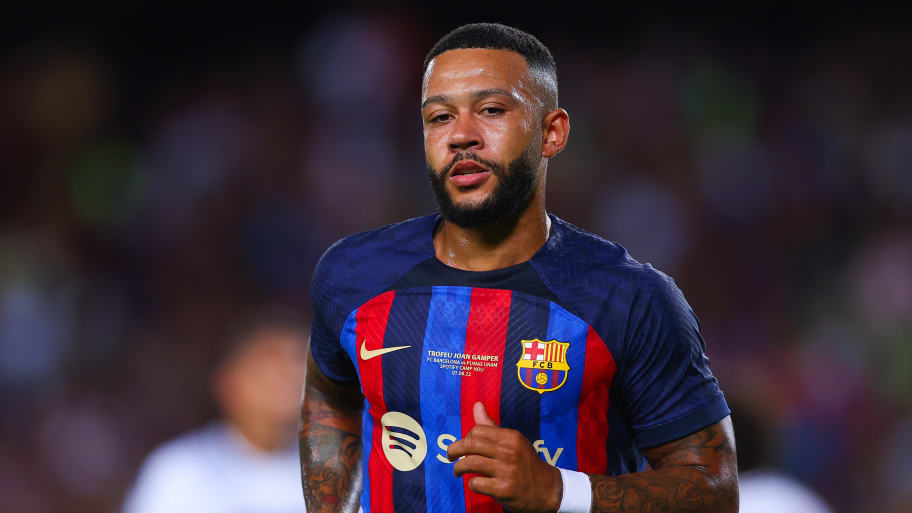 Barca are desperate to trim their squad to help them meet La Liga financial regulations which have thus far meant they have not been able to register the new players that have arrived this summer.

One of the most saleable assets at Camp Nou is Depay, with a number of clubs showing an interest in him. The Dutchman, who arrived from Lyon as a free agent just last year, was informed by the club earlier this summer that he could move on.

Tottenham, Newcastle, Lyon and Paris Saint Germain have all been linked with an approach, but Juventus are very much in pole position to finalise a deal.

Barcelona secured Robert Lewandowski earlier this summer but cannot afford to go into the season with him, Depay and Pierre-Emerick Aubameyang, who has also been in talks about his future.

Sources have told 90min that it is 'highly unlikely' that the Catalans would allow both Depay and Aubameyang both to leave this month.

Chelsea have been showing an interest in Aubameyang, but Depay is close to being the one to leave. The former Manchester United player has already agreed personal terms on a two-year deal in Turin, but agreement needs to be finalised between the player and Barcelona and the clubs.

28-year-old Depay currently has one-year left on his contract and he is hoping to be released as a free agent ahead of signing for Juventus.

This article was originally published on 90min as Juventus closing in on Memphis Depay deal.