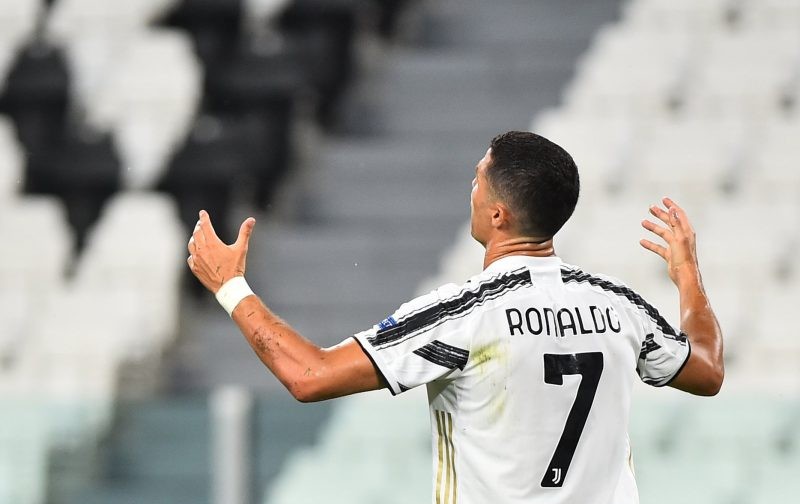 Juventus were eliminated from the 2019/20 Champions League by Lyon and the controversy surrounding the penalties should not disguise the problems La Vecchia Signora have.

The Italian giants won 2-1 on Friday night but Les Gones had obtained a 1-0 victory in the first leg and the French side progressed to the quarter-finals on the away goals rule.

Two penalty decisions had an influential part of the match. German referee Felix Zwayer awarded a penalty to Lyon for a non-existent foul on midfielder Houssem Aouar, which Memphis Depay converted, and he awarded one to Juventus for a non-existent handball on Depay later in the first half, which Cristiano Ronaldo dispatched.

A lone-range goal by Ronaldo in the second half gave the Bianconeri some hope but it was not enough and it was the first time in history that the Torinese side were knocked out by a French team in a European competition. This was also the first time since Inter were eliminated by Marseille in 2011/12 in the Round of 16 that an Italian club had been eliminated from the Champions League by a French side.

It was a result that will go into the Juventus history books for the wrong reasons. To add further embarrassment, the Serie A title winners were eliminated by the club that finished seventh in the 2019/20 Ligue 1 campaign, albeit one that came to a stop early due to the COVID-19 pandemic.

Perhaps without those penalties, it would have been 1-0 after 90 minutes and the second leg would have gone into extra time, but focusing on a hypothetical situation would mean ignoring the underlying problems at Juventus.

In the early 2010s, the Bianconeri had made many shrewd acquisitions, but this changed in the latter stage of the decade and Chief Football Officer Fabio Paratici needs to shoulder a lot of the responsibility. Purchasing Pjanic from Roma and Gonzalo Higuain from Napoli in 2016 might have weakened their rivals, but those moves didn’t necessarily improve Juve, especially the purchase of the Argentine.

Midfielders like Emre Can, Adrien Rabiot, and Aaron Ramsey were signed on free transfers but they have not been able to elevate the quality of this Juventus squad. Can was sold to Borussia Dortmund in January but Paratici needs to put the others up for sale too.

La Vecchia Signora purchased Cristiano Ronaldo from Real Madrid in 2018 as well as Matthijs De Ligt from Ajax in 2019 after eliminating the Italians from the Champions League. Will Juve keep doing that and purchase Depay from Lyon? Surely not!

If the transfer markets have been poor, sacking Massimiliano Allegri and replacing him with Maurizio Sarri has been a huge error in hindsight.

Allegri’s football was not pretty but he got Juventus into two Champions League Finals and he had been a quarter-finalist in his last two seasons. Sarri has not been able to implement Sarrismo and he could not get beyond the Round of 16. Juventus chairman Andrea Agnelli and vice-president Pavel Nedved need to assess their goals. Is the Champions League a realistic goal for them? Why are a club like Atalanta, who Agnelli criticised in March, still in the competition and the Bianconeri are out?

If Sarri stays, can Dejan Kulusevski and Arthur help implement Sarrismo or do they need more support? Can Paratici successfully rebuild the squad or is he lost without his former Sampdoria and Juve mentor Giuseppe Marotta, who is now at Inter?

For nine years, Juventus have been the big fish in the little pond that is Serie A, but in the big ocean that is the Champions League, they have often been out of their depth.

Even if La Vecchia Signora win a 10th consecutive scudetto in 2020/21, it won’t mask their inability to pose a threat in European competitions.