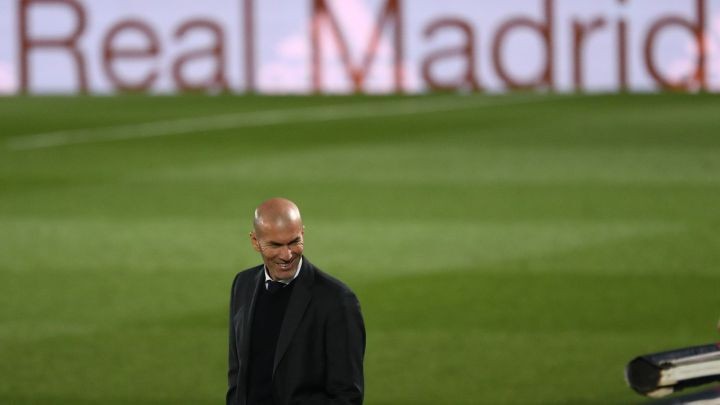 Turin based sports daily Tuttosport dedicated their front page today to a possible return for the French coach who played for Juve from 1996-2001.

Could a Zinedine Zidane and Juventus reunion be on the cards? After Real Madrid's Champions League exit this week, rumours are circulating that the French coach will call time on his tenure at the Spanish side with Italian sports daily 'Tuttosport' reporting that a return to the Northern Italian city could be on the cards for Zizou.

The Turin based daily claim that Zidane is being seriously considered as a replacement for Andrea Pirlo who is set to depart the manager's position come the end of the season. Juve president Andrea Agnelli attempted to lure the French coach back in 2019 and Tuttosport maintain that the executive will attempt to secure Zizou's services during the summer. Zidane's current contract with Real Madrid runs through to summer 2022 but the Frenchman does have an exit clause in his deal. A move to Italy would also see Zidane potentially taking a drop from his current 12 million euro per season salary with Juve set to offer a basic pay packet of 7.5 million with bonuses based on objectives as an additional possible lines of income.

Tuttosport also claim that a return for Max Allegri is another possible solution for Juve bench with current Napoli's Rino Gattuso another consideration with the former Milan player set to leave the club in the summer given the dire personal relationship with Napoli owner Aurelio De Laurentiis.