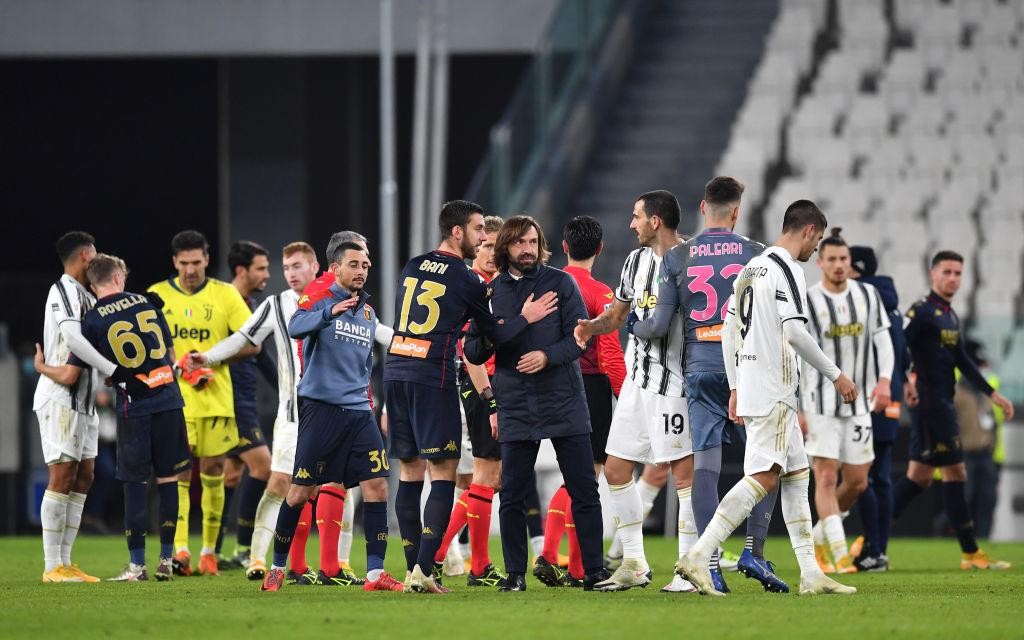 Juve made it through to the quarter-finals of the Coppa Italia thanks to a 3-2 victory over Genoa after extra-time, with Hamza Rafia notching the winner. After racing into a 2-0 lead in the first half through goals by Dejan Kulusevski and Alvaro Morata, the Bianconeri were pegged back by Lennart Czyborra and Filippo Melegoni’s strikes for the visitors. The forward for the under-23s was on hand to secure Juve’s place in the quarter-finals towards the end of the first half of extra-time. Here are how Andrea Pirlo, captain Giorgio Chiellini and the match-winner himself reacted after the tie.

ANDREA PIRLO
“We made life difficult for ourselves. We started very well and could’ve managed the game better. A lapse in concentration for their first goal meant we had to work much harder. It’s a shame because we could’ve managed our efforts better, but there were lots of players out there getting their first taste of this level and you can expect the odd mistake. The Coppa Italia is among our targets, but we must now recover and get ready for the game on Sunday evening. As for Kulusevski, he’s still very young and it’s difficult to make the move to Juventus because there’s pressure every time you touch the ball. He needs to be more consistent and ruthless in front of goal, but he has fantastic quality. All the youngsters produced brilliant performances.”

GIORGIO CHIELLINI
“I felt like a youngster making his debut. I had [Radu] Dragusin alongside me who could almost be my son… I’d been out for a while after a few problems one after the other. It was important to regain confidence on the pitch. Playing for 60 minutes gives me confidence and I hope I can help the team depending on the coach’s choices. We made a really good start tonight, scored two goals and could’ve scored more. When we feel overconfident, however, we risk undoing all the good work that we’ve put in. It happened against Sassuolo on Sunday, so understanding the different phases of a match is an area where we must certainly improve. As for the Inter match, it’s important, but not decisive. We’re not even halfway through the season, but it’s still an important game that could go either way and we want to do well.”

HAMZA RAFIA
“I’m very pleased. I was in Carrara to play for the under-23s on Sunday and I’m now here helping the first team win in the Coppa Italia. I certainly dedicate the goal to my mother.”