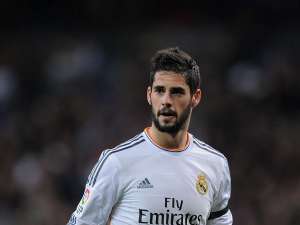 Juventus are preparing a summer swoop for Real Madrid attacker Isco and could use Alvaro Morata as bait.

The Bianconeri have been linked to the Spanish starlet for some time and with the Merengues set for a shakeup within their ranks after a disappointing season, now would be the opportune moment to begin negotiations.

According to Tuttosport, Los Blancos appear open to a sale and may consider a potential swap deal in order to bring Morata back to the Santiago Bernabeu Stadium.

Isco has two goals and ten assists in 32 matches across all competitions, deployed mainly as a central midfielder but also on occasion as a right winger.

The 23-year-old playmaker is valued between €30-40 million and Real Madrid’s buy-back clause for Morata is reported to be somewhere in this region as well, despite the player’s wish to remain in Turin.