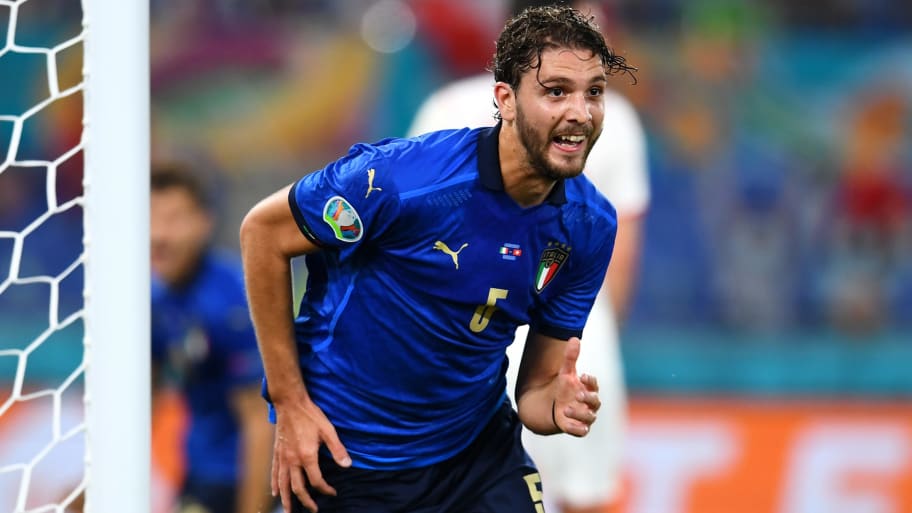 Juventus are set to open talks with Sassuolo over a deal to bring Italy midfielder Manuel Locatelli to the Allianz Stadium this summer.

The 23-year-old enjoyed a breakout year at club level and has seen his stock rise even higher after some excellent performances with Italy at Euro 2020, where he stole the show with two goals in a 3-0 win over Switzerland.

With two years left on his contract, Sassuolo are ready to sell Locatelli this summer while his price is high, and Sky Sport Italia state that Juventus are ready to open formal negotiations with Sassuolo to get a deal done.

A meeting between the two sides has been scheduled for later this week where Juventus will determine just how much Sassuolo want for Locatelli. La Gazzetta dello Sport believe his price tag was set at £35m before Euro 2020 and could now have risen to £50m.

That may be too much for Juventus, who are expected to lodge a bid of around £25m plus at least one player, with young centre-back Radu Dragusin an early contender to be involved.

Sassuolo may bide their time and hope for extra bids from the Premier League, where Arsenal, Chelsea, Manchester City, Manchester United and Tottenham are all believed to be tracking Locatelli.

According to Tuttosport, Locatelli has made it clear to Sassuolo that he favours a move to Juventus and he expects to see his club do business with the Bianconeri as long as a reasonable bid arrives.

One problem with Juventus' bid is that Sassuolo chief Giovanni Carnevali has already revealed that they would prefer straight cash in exchange for Locatelli and would be reluctant to listen to player-swap bids.

"It's true, Juventus moved for Locatelli last year, but recently the only concrete interests for Manuel came from abroad," he told Tuttosport (via Goal). "We are at the beginning, but abroad it seems to me that they are serious.

"We are open to anything and we will try to please Locatelli, but we don't have the need to sell anyone. Manuel, in case, we would prefer to sell him without adding players."

This article was originally published on 90min as Juventus to open talks with Sassuolo over Manuel Locatelli.