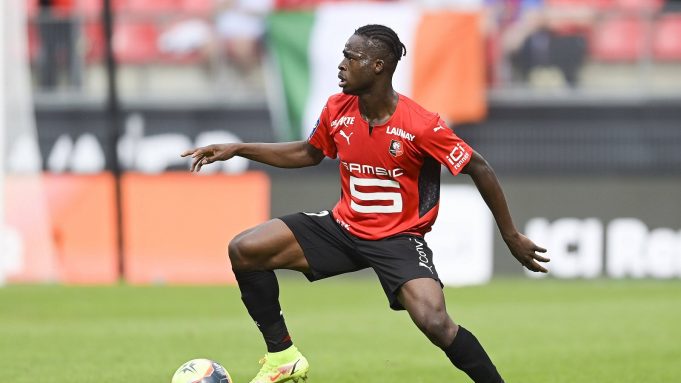 Ghana teenage superstar Kamaldeen Sulemana says the chance of playing against some of the world's best footballers like Lionel Messi and Neymar on Sunday will show the world what he is capable of doing.

The breakout teenage star is expected to be in action on Sunday when his French side Rennes take on Paris St Germain in a Ligue 1 top-flight match in a highly anticipated game.

PSG, who have the world's best players like Messi, Neymar and Kylian Mbappe, are back on the field with a crucial Ligue 1 fixture this weekend when they take on Rennes.

PSG have been in excellent performance this season and they will be looking to be victorious in this match.

The match represents the biggest game of Sulemana's young career after moving from Danish club Nordsjaelland just one year after graduating from the iconic Right to Dream academy in Ghana.

Sulemana was being pursued by Dutch giants Ajax and Rennes before he opted for the latter for a transfer fee of 20 Million Euros and has so far proven his worth.

His four exciting goals so far this season for Rennes as a winger has alerted clubs in maintream Europe about his potential and he says he wants to show how he can perform against the best players.

"I knew I was going to have more playing time in Rennes. I felt that I was a priority here and also, I knew that I was going to be able to play against big teams like PSG," Sulemana said ahead of Sunday's clash between Rennes and PSG.

"I came for this kind of game. Messi, Neymar, I watched them play when I was little, so being able to be on the same pitch as them is exciting and makes you want to give your all to show what I'm capable of. It's a game I dreamed of playing."

Rennes are 13th on their Ligue 1 standings and have not had the best of times this season.

The team from home were unable to draw 1-1 against Bordeaux this weekend, and will have to take the initiative for this game.

The French giants have not lost in the league currently and swept over Manchester City in the UEFA Champions League earlier in the week.