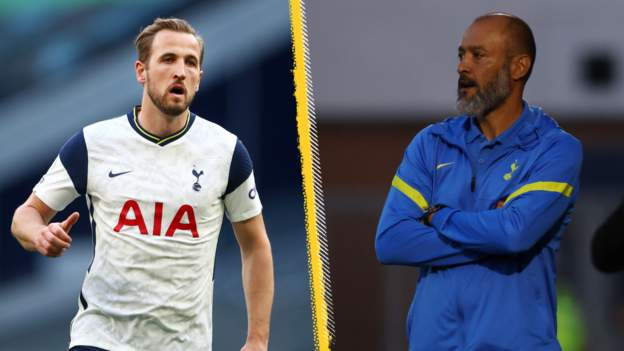 It seems much longer than just over two years since Mauricio Pochettino sat in the National Stadium in Singapore and told a room full of journalists he would probably have quit as Tottenham manager if they had won the Champions League final six weeks earlier.

"But after the final, I felt it was not great to finish like this," he continued. "I am not a person that avoids facing problems. I love a massive challenge."

Back then, nobody could have known just what problems Spurs would face, nor the true extent of the challenge in front of them.

No-one knew that Pochettino would be gone within four months, nor that his successor, Jose Mourinho, would follow him out of the exit door not that long afterwards. No-one knew that a global pandemic would deliver a financial kick in the guts so severe chairman Daniel Levy estimates it will cost Tottenham £200m in non-recoverable revenue.

There will be no Champions League final for Spurs this season. That their European campaign comes in the newly formed Europa Conference League is a dent to their pride only softened by the knowledge old rivals Arsenal miss out completely.

With another new manager at the helm in Nuno Espirito Santo, in a sense, it feels like a completely different club.

It is a measure of the change Tottenham have experienced since that Champions League final defeat by Liverpool that potentially only two of their starting XI in Madrid - Hugo Lloris and Son Hueng-min - will line up for the opening Premier League game against champions Manchester City on 15 August.

The departures of Danny Rose and Toby Alderweireld this summer mean five players - including the entire defence - have left the club.

Patchy form and injuries experienced by Harry Winks, Moussa Sissoko and Dele Alli mean they have not all started the same Premier League game since 26 December 2019.

And then there is Harry Kane. How the situation around the England skipper unfolds will be fascinating.

Striker Kane thinks he has a gentleman's agreement to leave. He wants to join Manchester City. City want him. Tottenham deny the first bit exists and point to the three years he has left on his contract as proof the 28-year-old is going nowhere.

Various rumours have circulated about what happens next, but until Kane returns to the club - or states that he won't - and there is clarity over how he feels about the future, the story will not go away.

That City are Tottenham's first opponents of the new season just adds another layer of intrigue to a delicate situation Levy needs to make the right call on.

It is safe to assume the level of anticipation around Monday's European Conference League play-off draw is not quite the same as if it was for the Champions League group phase.

Spurs are in the competition after a seventh-place finish last season, their lowest since 2009. They ended up behind West Ham United for the first time since 2008.

After beating Manchester City 2-0 in their ninth game to go top of the Premier League on 21 November, Tottenham collected only 42 points from 29 matches.

If their 1.448 points-per-game average over that period had extended across the entire season, they would have finished level with Aston Villa, who were 11th.

Forward Lucas Moura feels Tottenham only have themselves to blame for being in Europe's third-tier competition - with a victory in the play-off round still required to reach the group stage.

"It is difficult to speak about justice in football," Moura told BBC Sport.

"We know the Premier League is tough and if we don't do well we won't qualify for the Champions League, or even the Europa League. It is our fault. It is everyone's fault.

"We have the quality to do better - better than last season. Let's fight for that."

Even though memories of Tottenham's chaotic search for Mourinho's replacement are fresh, there does seem to be a renewed focus at the club.

#NoToNuno may have been trending when it became apparent Spurs were focusing on the Portuguese - after failing in their attempts to lure Pochettino back, the collapse of talks with Antonio Conte and the shambles around approaches to Paulo Fonseca and Gennaro Gattuso.

But former Wolves boss Santo has approached his task with relish.

"To dare is to do," he repeated in a chat with club media, reminding himself of Spurs' motto. "I love that. It is what we want."

Nuno has been working his players hard during pre-season, drawing parallels with the physical demands Pochettino made of the squad. And technical director Fabio Paratici has been very busy, judging by the amount of time he has spent on his phone in public view.

During the first few pre-season games, Nuno has avoided the three-man defensive formation that was the bedrock of his success at Wolves, but when all his internationals return and the club's summer recruitment is complete, it will be interesting to see whether he reverts back or goes with the four-man defence he switched to at Molineux last term with mixed results.

The signing of Gil and the search for a striker - Fiorentina's £40m-rated Dusan Vlahovic has been most strongly linked - suggests a new approach, whether Kane stays or not.

And for Moura, that justifies his belief that Tottenham's search for a trophy - mentioned every year since 2008 but always ending in disappointment - is close to an end.

"I am always a positive guy," he said. "Of course, when you change a manager there is a new philosophy or a new kind of training. But it is also exciting because every player wants to show something and show they can be in the starting XI.

"We are training really hard and I am sure we will be ready for the season.

"My objective and the club objective is always to win something. It is time for us to win a trophy."