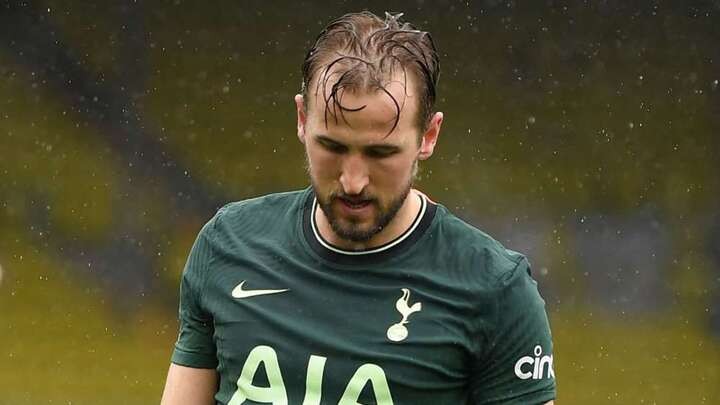 Tottenham boss Nuno Espirito Santo has said that the club will “solve the problem” of Harry Kane's no-show for pre-season before he speaks any more on the matter.

Kane failed to return to Spurs on Tuesday, with the striker due back at the London outfit following a holiday after reaching the final of Euro 2020.

In doing so, however, he has only served to intensify speculation that he is pushing for a move away from the club this summer, most likely to join Manchester City.

“We have to solve the situation internally with the club speaking and trying to reach a better solution and conclusion,” Nuno told reporters after Spurs' 2-2 friendly draw with Chelsea.

“We have to solve the problems ourselves and then I will speak.”

Kane's current contract with Tottenham does not expire until 2024, but it has been reported that the England frontman has a gentleman's agreement with chairman Daniel Levy which will allow him to move on ahead of the new season.

Goal understands that Pep Guardiola is extremely keen on signing Kane, with City willing to spend in excess of £100 million to land their man.

At the moment, however, no formal negotiation have taken place.

Speaking back in March, Kane made it clear that he would look to move elsewhere if he felt Spurs' project was not moving at the same pace as his own ambitions.

“I'll always love Spurs,” he said. “But if I don't feel we're going in the right direction then I'm not someone who will just stay for the sake of it.

“I'm an ambitious player, I want to become one of the best players.”