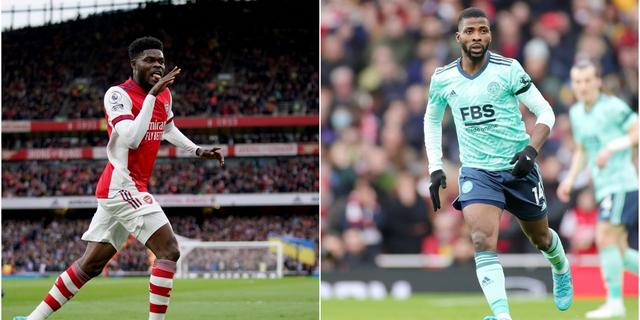 Iheanacho was given specific instructions to take out the Arsenal midfielder during the first leg at the Baba Yara Stadium in Kumasi on March 25.

But Eguavoen has revealed the winger failed to close down on Thomas Partey - leaving to the the decision to start from the bench in the reverse fixture at the Moshood Abiola Stadium in Abuja.

Nigerians have been critical of Augustine Eguavoen after the Leicester City star turned the screws to score in the side's 1-1 draw at Manchester United upon return from international duty.

But the former Super Eagles gaffer has explained how Kelechi Iheanacho failed him during the first leg in Kumasi.

"Iheanacho, you saw him a few days ago, his performance against Manchester United and people were saying Iheanacho stayed too long on that field," Eguavoen said on Monday Night Football on SuperSport.

"In Kumasi, we gave Iheanacho a specific role. In as much as he's going to go up there and support [Victor] Osimhen, he has a duty to perform by stopping Thomas Partey.

"Since he didn't do that, I spoke with him. I told him he'll start from the bench and at some point he'll come in."

Partey opened the scoring for Ghana in Abuja as the two rivals shared the spoils in a 1-1 stalemate- to ensure the Black Stars pick the sole ticket on the away goal rule.

Ghana will now play in their fourth World Cup in the country's history, alongside Tunisia, Cameroon, Senegal and Morocco as the other African representatives.

The Black Stars will open their campaign against Portugal on November 24 at the Stadium 974 in Doha before facing South Korea at the Educatin City Stadium Al Rayyan four days later.

The team will wrap up their Group H campaign with a mouth-watering fixture against nemesis Uruguay on December 2 at the Al Janoub Stadium in Al Wakrah.

At the 2010 World Cup, Ghana exited the competition following a 4-2 penalty shoot-out defeat to La Celeste after Asamoah Gyan spurned a last-gasp penalty to win the game for the Black Stars in extra-time.