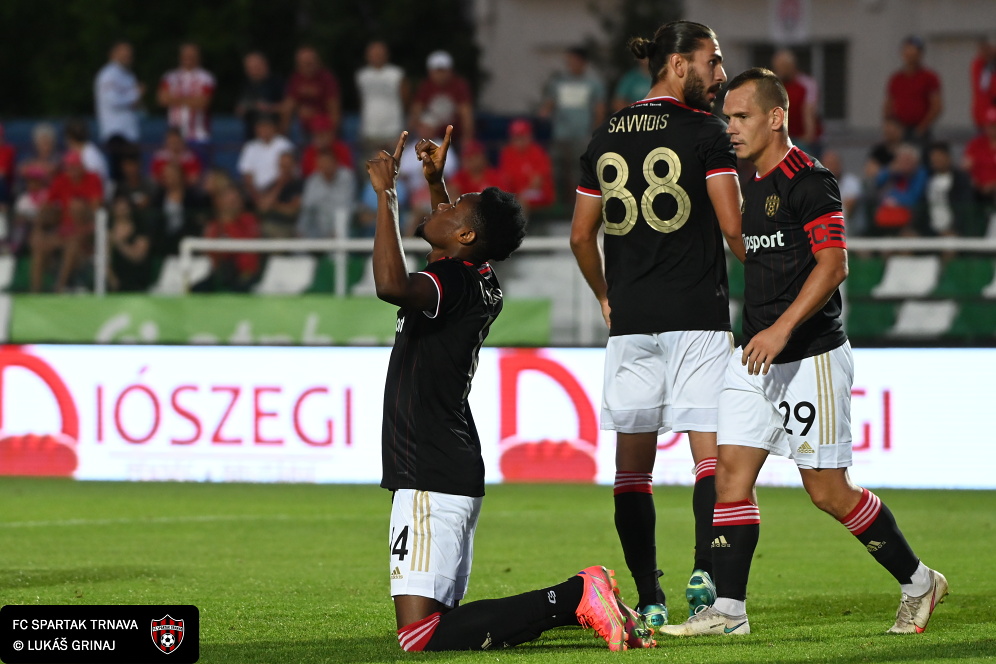 Ghanaian forward Kelvin Boateng scored a great goal which helped Spartak Trnava advance to the next round of the UEFA Conference League on Thursday.

His goal forced the game into a penalty shootout and the Slovakian top-flight side emerged triumphant against Sepsi Sf. Gheorghe of Romania.

The first leg had ended goalless at the backyard of Trnava last week, so when the Romanian club scored the first goal in the 29th minute, Trnava were in great danger of exiting the tournament.

However, their Ghanaian striker proved to be the saviour as he scored less than 10 minutes after being introduced.

The goal saved Trnava from defeat, giving them hope of qualifying, and they won the penalty shootout 4-3.

Boateng was involved in the tense shootout but was part of the wild celebrations when qualification was secured.