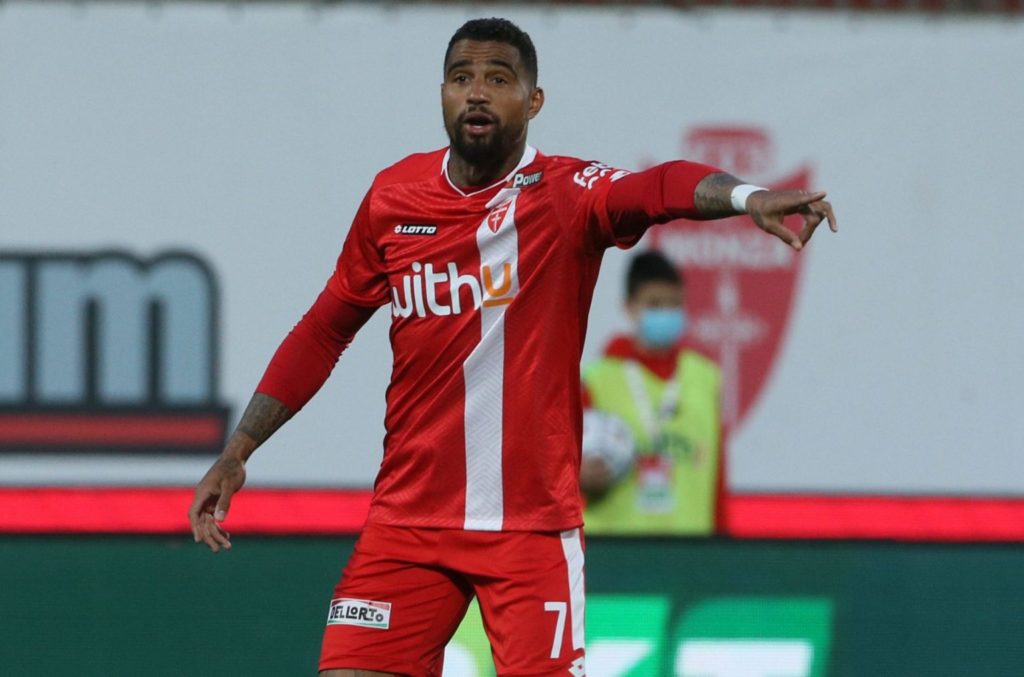 Kevin-Prince Boateng is set to bid farewell to AC Monza after the club decided against contract renewal.

The 34-year-old is preparing to say goodbye to the club after failing to help them secure promotion to the Serie A.

The former AC Milan forward contract is due to expire on June 30, 2021.

But together with Mario Balotelli will not be handed new contracts following the club's failure to secure Serie A promotion.

After failing to qualify automatically, Monza fans were confident Balotelli and Boateng will lead them to the top-flight via the play-off.

But they were beaten by Citadella 3-2 on aggregate. Balotelli was on target in the second leg while Boateng playing through the pain barrier after missing the first leg.

Boateng has been linked with a move to Udinese but nothing has been said about Balotelli yet.