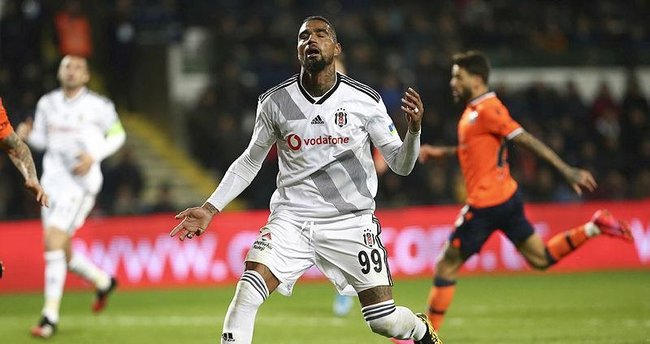 Melissa Satta, wife of Ghanaian footballer Kevin-Prince Boateng has revealed that his husband is in self-isolation in Istanbul, Turkey after Galatasaray coach Faith Terim was tested positive for the coronavirus.

Beskitas played Galatasaray in their last game before  the suspension on 15 March and reports indicate that Galatasaray coach Faith Terim has tested positive for the virus which has led to all team members of both sides placed in self-isolation.

"My husband was called to take the test because someone from the Turkish championship tested positive," said the model in a video call”

“About the matter here, and little has been said about it. - admitted Satta in connection - Maybe she was underestimated. It was thought that it was an Italian problem and instead it got everywhere, even here, "

Kevin-Prince Boateng is unable to travel out of Istanbul as a result and must be quarantined for 14-days according to his wife Melisa Satta.

The Turkish Super League has been suspended due to the Covid-19 pandemic.