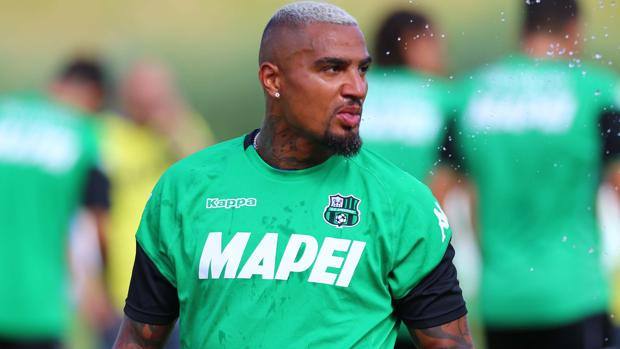 Kevin-Prince Boateng will see out his contract at Italian side Sassuolo after a meeting with the player's representative,  GHANAsoccernet.com can report.

Sassuolo boss Giovanni Carnevali has reached an agreement with the player's representative Edoardo Crnjar after a meeting in Milan at the weekend.

The 32-year-old will see out his remaining two-years left on his current deal after returning to the side following a shock loan spell at Barcelona.

The player's future at the neroverde remained uncertain after he returned to the club.

But both parties have reached a deal for a continuation of the contract at the club.

Boateng returned to the Italian club after enjoying just 123 minutes with the La Liga champions.

The Ghanaian had made a big impact in Serie A with five goals and an assist in 15 competitive games.

It was enough to earn him a dream winter move to Barcelona, but Boateng ended up only playing a total 123 minutes of football.

He has returned to the Mapei Stadium after the Blaugrana refused to activate their €8m option to buy.