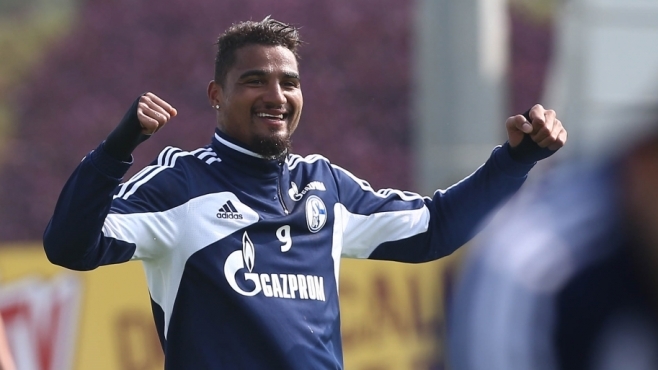 FiancÃ©e of Ghana international Kevin Prince Boateng has hinted her partner will be heading to the Major League Soccer after his contract Schalke ends.

Boateng has endured a frustrating start to the Bundesliga this season and rumours have linked him with a move away from the Royal Blues.

Satta in an interview has revealed Boateng could move to the Major League Soccer next year.

â€œHe is still playing for many year. We probably in the future move again,â€ she said.

Boatengâ€™s contract at Schalke runs out in 2016 with premature talks of an exit looming.