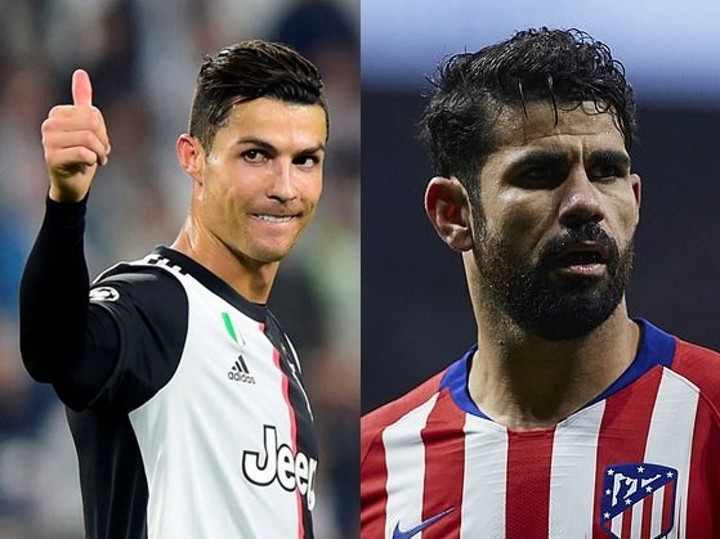 Roger Federer is the world's highest-paid athlete for 2020 as the COVID-19 pandemic knocked footballer Lionel Messi off top spot, according to the annual Forbes list released on Friday.

The Spanish tax authority has asked for a six month prison sentence for Atletico Madrid striker Diego Costa, according to a breaking report in AS.

Dates for this season's remaining FA Cup fixtures have been confirmed with the quarter-finals to take place over the weekend of June 27-28 and the final fixed for August 1.

Not a lot of images get out of the Barcelona training ground these days, but one of them is a game of seven against seven.

Slavko Vincic, who has refereed in the Champions League and Europa League and was an assistant at Euro 2012, was arrested in a drugs and firearms operation.

In a parallel universe Manchester United’s season would have just come to an end and excitement would be building around Euro 2020 and the prospects of Gareth Southgate’s England squad.

Check out these seven Man Utd players' debut FIFA cards. Who's the most improved player among them?

It would be a basketball team! How BVB could line up if they hadn't sold anyone

This is how Dortmund could exactly line up if they hadn't sold anyone. It is an XI of 4 forwards, 3 wingers, 1 wing-back, 1 defensive midfielder and 1 centre-back.

Arthur Melo has reiterated that he intends to stay at Barcelona and nothing has been able to change his mind.

Antonio Rudiger is trying to convince Timo Werner to join Chelsea ahead of his other suitors, according to reports.

Milan legend Costacurta: I asked to be subbed off when facing 16-year old Messi

Back in February, former AC Milan centre-back Alessandro Costacurta recalled the day he faced a young Lionel Messi in a game against Barcelona.

Manchester United “don’t need” Philippe Coutinho and are unlikely to join the clamour for Barcelona’s former Liverpool star as they look instead to Paul Pogba and Bruno Fernandes for inspiration, says Dimitar Berbatov.

Andre Gomes: Where ever I go, I will take Barcelona with me

Andre Gomes has revealed how he had to borrow some boots from Sergio Busquets during his first training session as a Barcelona player.

The 2019-20 Premier League campaign has at last been given a date from which to resume. The competition, suspended in March due to the coronavirus pandemic, will return from June 17 and, all being well, be played to its conclusion.

Udinese are one of the more interesting sides in Serie A over the last decade.

When confirmation arrived on Thursday that the Premier League season was to resume on June 17, attention quickly returned to the remaining schedule.

How about designing new hairstyle for Mane before Premier League restart? 🤣