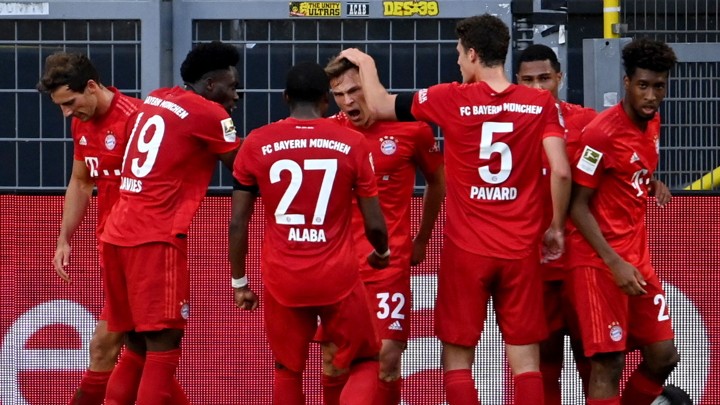 Bayern Munich are considering a joint protest over the death of George Floyd, with Joshua Kimmich keen for players to use their platform to help.

Floyd died in police custody in Minneapolis last week after an officer knelt on his neck while he lay handcuffed on the ground, sparking demonstrations and riots over racism and police brutality across the United States and beyond.

Jadon Sancho, Achraf Hakimi, Weston McKennie and Marcus Thuram all made gestures of support at the weekend, which were examined by the German Football Association (DFB).

FIFA urged leagues to use common sense on the issue given the context and on Wednesday the DFB said no players will be sanctioned for showing solidarity with anti-racism messages.

Kimmich revealed Bundesliga leaders Bayern have discussed the possibility of protesting together when they face Bayer Leverkusen at the weekend.

"As a football player you have a big power in this world. My opinion is we should feel this responsibility and say something like Sancho did," said Kimmich.

"It's good that it's not just one player. Maybe it is also an option to say something as a team. We are one world, one club, one football team. It doesn't matter if you are black or white.

"We as footballers, like with Sancho, have a lot of power to reach other people, to be role models and to say something.

"What we say to people outside gives us a big chance to make a statement. We discussed it and maybe we can do something. We maybe have to do something because we cannot give something like this a place."

"For the avoidance of doubt, in a FIFA competition the recent demonstrations of players in Bundesliga matches would deserve an applause and not a punishment," he said in a statement.

Premier League clubs have also joined the calls for an end to racism, with Liverpool, Chelsea and Newcastle posting on social media images of players kneeling to show solidarity with the movement.