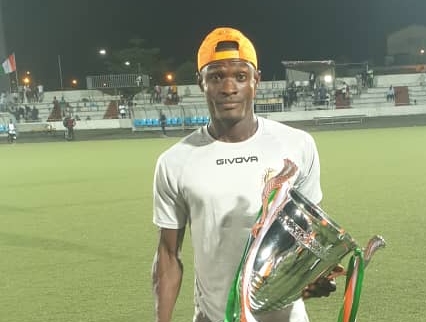 The defender joins the Kumasi-based club after leaving Ivorian side Societe Omnisports.

The former Bechem United player is expected to strengthen the defence of the In Sha Allah boys ahead of the 2021/22 Ghana Premier League season.

King Faisal have started preparations for the new season.

The team has been engaged in some friendlies. King Faisal beat Ebony FC 1-0 and were rampant against KFC, beating 4-1.

The Green and whites begin the season with a home game against WAFA.