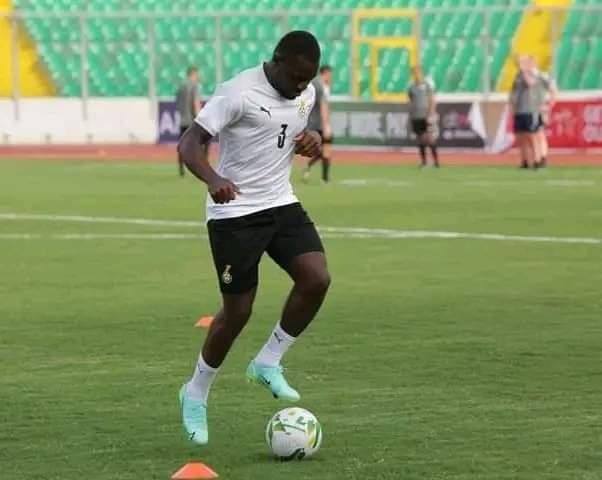 Hearts of Oak defender Dennis Korsah has been named in Ghana coach Otto Addo's starting eleven for the Kirin Cup opener against Japan.

The left-back replaces Baba Abdul Rahman and Gideon Mensah, who are all out of the game due to various reasons.

Korsah earned a late invite to the Black Stars following the absence of Baba Rahman, who was reported to have contracted COVID-19.

Meanwhile, Clermont Foot's Alidu Aseidu pairs Daniel Amartey in the heart of defence while Andy Yiado plays at right back.

The Ayew brothers, Jordan and Andre star in the attacking role.

The Black Stars will play Japan and either Chile or Tunisia in their next game depending on the outcome of today's game.