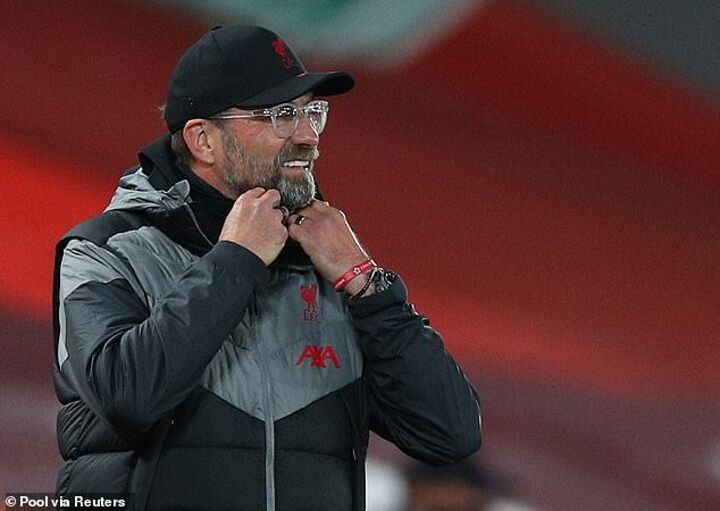 Jurgen Klopp stuck up for his defence after they faced some awkward moments in Liverpool's first Premier League game without Virgil van Dijk.

Though Liverpool came back to win 2-1, Fabinho – a converted midfielder – was given a tough time alongside by McBurnie, particularly in the air, adding to the debate whether the champions need to sign another centre half in January.

'It was clear it was a challenge to win the ball,' said Klopp about the 13th-minute decision which was initially given outside the box by referee Mike Dean before VAR ruled it had taken place on the line of the penalty area.

'We were on the wrong end of another decision and it gave Sheffield a boost so they could really get at us but luckily we could sort that tonight so maybe I should not talk too much about that.

'We had a tough week with lots of minutes against tough opponents (Everton and Ajax) so I am really pleased with the response.

'The penalty was not even a foul. During a season there are so many different periods, we have had an injustice and we have had to go again.'

Despite going joint-top of the table, McBurnie showed up Liverpool's potential weakness in the air without Van Dijk who could miss the rest of the season after suffering ACL damage at Everton a week ago.

McBurnie missed a golden chance to put his side 2-0 up and had another penalty claim rejected before Sadio Mane set up goals for Roberto Firmino and Diogo Jota.

'He gave a proper No 9 performance and got between their two centre halves,' said his admiring Blades manager Chris Wilder.

'I can take our performance every day, it was really good. But this is a ruthless league and it's a cruel result to take.'

Klopp gave special praise to Mane who was the main attacking threat – apart from an audacious free-kick from the halfway line by Trent Alexander-Arnold that nearly saw a goal.

'Sadio was outstanding. One-against-one, you couldn't defend against him,' added Klopp.