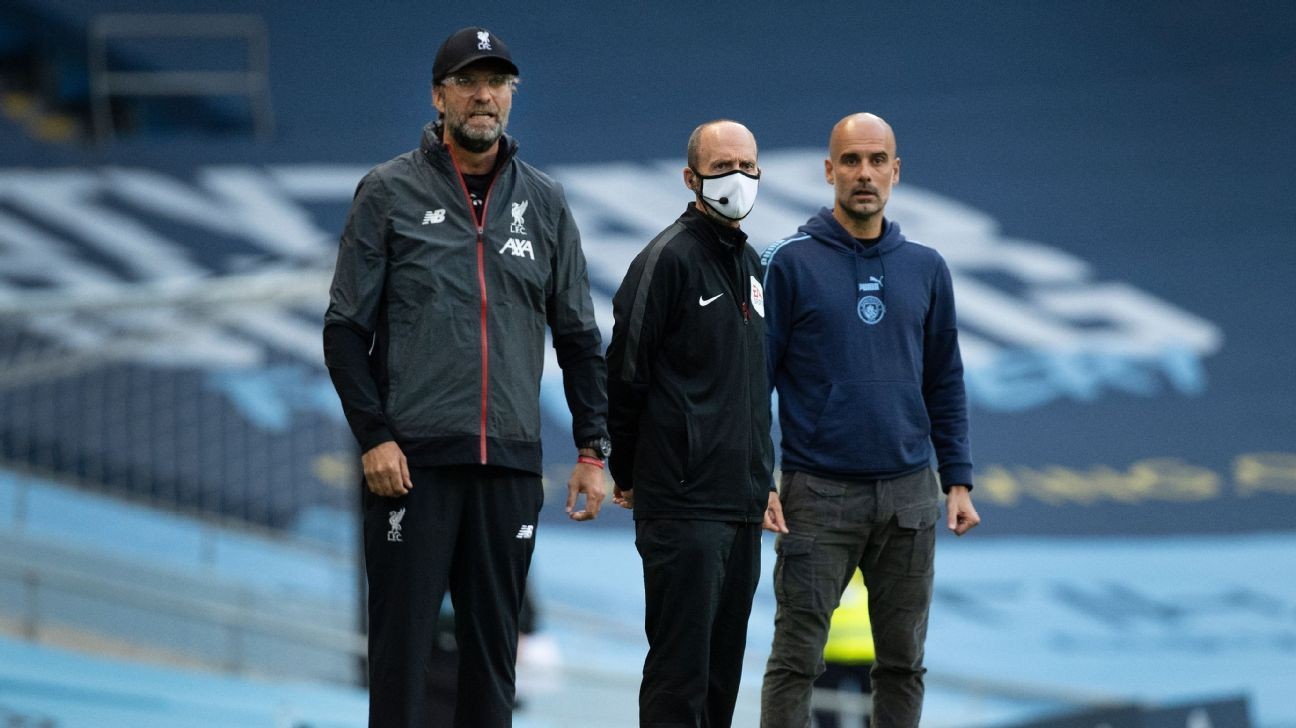 Liverpool manager Jurgen Klopp has said the decision to overturn Manchester City's European ban was not a good day for football.

City have won their appeal to the Court of Arbitration for Sport (CAS) over alleged financial fair play violations and are free to play in the Champions League next season.

City were originally banned from European competitions for two seasons but won their appeal to CAS.

"From a personal point of view, I'm happy that City can play Champions League next year because if I think about the league, if City has 10-12 games less, I don't think anybody has a chance," Klopp told a news conference.

"But I don't think yesterday was a good day for football. FFP is a good idea. It is there for protecting teams and the competition so nobody overspends."

The Club Financial Control Body (CFCB) had previously found that City "committed serious breaches" of FFP regulations -- which limit the net losses that clubs can accrue over a three-year period -- between 2012 and 2016 and failed to cooperate with the subsequent investigation.

Klopp also said that if there is no scrutiny or limits on what clubs can spend, then he fears some teams will break away from the chasing pack and establish their own elite league.

"I hope FFP stays as it gives borders where you can go to, but not over it and I think that's good for football," he added. "If you start doing that nobody has to care anymore at all and the richest people or countries in football can do what they want in football, then it makes it much more difficult."

"I think that would lead automatically then to a World Super League with 10 clubs -- I don't know the name of the clubs, but it depends on who owns them. These rules make sense."

Klopp was speaking on the eve of Liverpool's trip to Arsenal and he has been impressed by the work Mikel Arteta has done since taking over in December 2019.

When asked if Arsenal will likely be challenging for the top four again, Klopp responded: "Unfortunately, probably, yes.

"It looks very much so. Mikel is part of this new exciting managers and coaching generation and it's really exciting to watch. You can see the ideas behind him and the good influence of Pep [Guardiola] where they probably had similar ideas from when Mikel was a player.

"On top of that, Arsenal have an exciting squad. They have offensive players with massive quality and it looks like Arsenal will be a proper challenger again."

Klopp also said midfielder James Milner is in contention for the Chelsea game next week, as he continues recovering from injury, but "nobody has yet told me he's available for tomorrow."