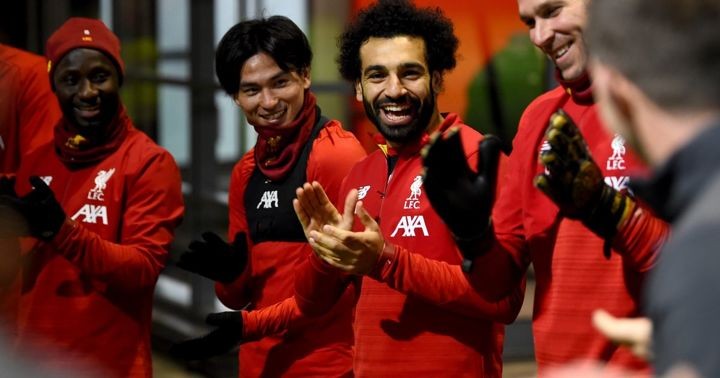 Liverpool were in command of their FA Cup Fourth Round match against Shrewsbury Town on Sunday before letting a two-goal lead slip for the contest to end in a draw.

A well-worked and excellently taken goal from Curtis Jones in the first half was all that separated the two sides at the break before the Reds advantage was doubled by way of an own goal from Town defender Donald Love who turned a cross into his own net inside the first minute of the second period.

The European champions looked to be cruising into the last-16 of the tournament but substitute Jason Cummings pulled one back for the home side from the spot before levelling shortly after too.

It means Liverpool will now be faced with a replay against Sam Ricketts' side.

Before then, however, the Reds are back in action in the Premier League and they have a game coming up at West Ham on Wednesday night which Klopp will now consider his options for.

And here we look ahead to the changes the Liverpool boss could make when his side next take to the field.

Naby Keita was arguably in the form of his Anfield career when he pulled out again in the warm up ahead of the visit from Sheffield United on January 2.

The £52million midfielder hasn't featured since but now looks ready to return after taking his place on the bench against Shrewsbury Town and taking part in full first-team training sessions.

This could be an ideal time to bring the Guinean international back into the fold against a struggling West Ham side with a full strength compliment of Liverpool first-team players around him.

He could join Jordan Henderson and Gini Wijnaldum in a midfield three but there is also the likes of Alex Oxlade-Chamberlain and Adam Lallana to consider so it'll be a question for Klopp about who he thinks is best suited for the match at the London Stadium.

He then played on the left of the front three, after coming on in place of the injured Sadio Mane early in the match against Wolves, before switching to the right of the midfield in the second-half to see out the win.

Against Shrewsbury Town, the Japan international was back in the No.9 role, effectively running between the lines and dropping off the League One defence - almost scoring a header late in the first half.

Divock Origi played alongside Minamino but wasn't quite firing at the Montgomery Waters Stadium and, with concerns continuing over Mane, didn't exactly stake his claim for a first-team spot.

Both of those players will have now given Klopp a question to consider about who takes to the field if Mane is not fit to face the Hammers.

Fabinho missed the entire December programme before returning to training earlier this month.

The Brazil international suffered ankle ligament damage after an awkward tangle with Napoli's Hirving Lozano at Anfield on November 27 but was back on the bench against Manchester United on January 19 - coming on to get some minutes under his belt.

He also made an appearance against Wolves and played the full 90 minutes at Shrewsbury.

While it was not a performance to admire in the FA Cup, it is a similar school of thought to Keita that he could come in against the Hammers and continue to get back to full match sharpness but this time surrounded by a full-strength side.