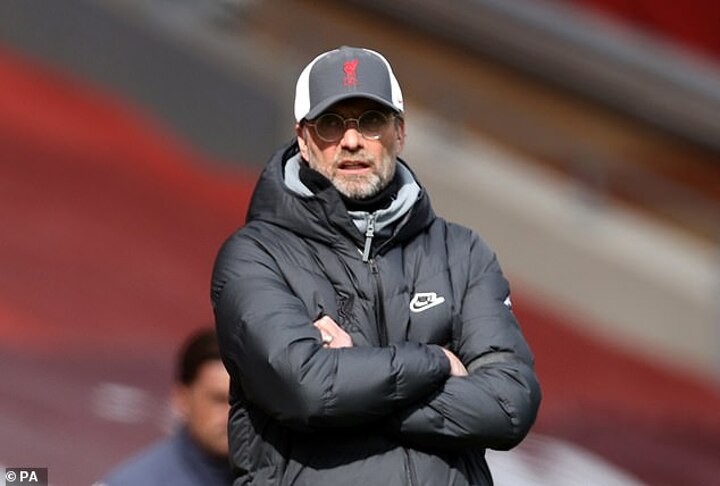 By the reckoning of Jurgen Klopp, only perfection will do if Liverpool are to turn around their tie with Real Madrid on Wednesday. These next couple of training sessions need to be pretty decent, then.

For now, more than usual, perfect is just an illusion. It has been close at points in the two seasons before this one, but these days at Anfield, not so much.

Beating Aston Villa was important, no doubt about that, and likewise the breaking of two embarrassing streaks whereby Liverpool had neither won nor scored from open play at home in league games this calendar year.

But tooth-and-nail victories over mid-table teams are rarely proof of a turned corner.

So maybe it is incremental progress, or possibly just another little rise before a fall — which has been their pattern since they ran into Villa in October and had their teeth kicked in.

This was a minor exorcism of that 7-2 defeat, at least. But it was also a performance in which Alisson was too easily beaten for Ollie Watkins’ opener, and another one of those games in which Liverpool were infuriatingly wasteful — they needed 23 shots and 66 per cent of the possession to eventually get their goals from Mohamed Salah and Trent Alexander-Arnold.

Despite his side seeing so much of the ball, Klopp’s latest centre back pairing of Nat Phillips and Ozan Kabak looked vulnerable. It would be a touch optimistic to read a great deal into their third straight league win.

Certainly, Real Madrid won’t have been overly concerned for the security of the 3-1 lead that they take to Anfield for the second leg of their Champions League quarter-final.

Klopp knows his side will need to be at a far higher level to pull off a comeback.

‘We need a perfect performance on Wednesday just to have a chance,’ he said. ‘I think the way we played and the way Real played over there doesn’t look very promising but the good thing is we can play better. This win helps, of course.

‘At the moment it is not easy. You need five chances or 10 to score. You have to go through that and we have to work for it.

‘We did that against a strong opponent on Saturday and whatever that gives us for Wednesday we will use.’

If there was a standout positive for Klopp, beyond the ground made up on the top four, it was via the work of his full backs — Alexander-Arnold and Andrew Robertson.

Alexander-Arnold in particular has had a rough time this season, most recently because he was dropped by England, but his stoppage-time winner was a strike of beauty. With Gareth Southgate in attendance, the right back had some awkward moments — but he showed again that few can roam forward quite like he can.

Klopp erupted when his goal went in, and plainly he is concerned about the narrative around the 22-year-old.

‘He is a wonderful player,’ the Liverpool boss said. ‘We all agree, Gareth agrees.

‘To be in the England squad you have to play outstanding football. Trent did this very often at a young age, so there isn’t really anything to talk about.

‘You don’t need to talk about it, just leave the boy playing football — which he is really good at.’

For Villa’s Dean Smith, it felt like a chance missed. ‘There are a lot of points to play for and we want to finish as high as we can,’ he said.