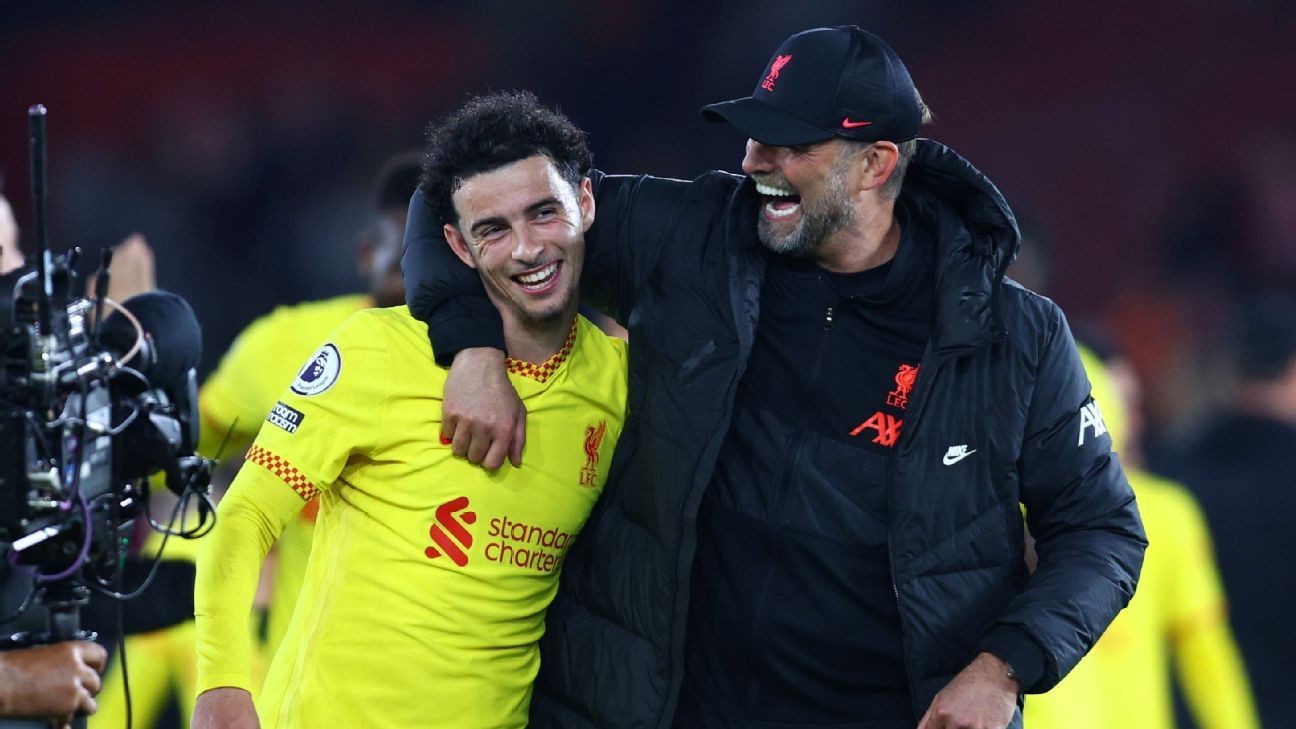 Jurgen Klopp described Liverpool's fringe players as similar to "having Ferraris in the garage" after the Reds took the Premier league title race to the final day with a 2-1 win at Southampton.

Nathan Redmond gave the hosts a 13th-minute lead before Takumi Minamino and Joel Matip struck to move Liverpool within one point of leaders Manchester City, despite making nine changes on the south coast.

"Actually, I am so happy about the performance because it was a bit touching to be honest," said Klopp. "Wow, these boys. Like having Ferraris in the garage and then you let them out and they directly go like this. Harvey, I'm not sure when he played last time, Curtis [Jones], no rhythm, Minamino, it is a crime he is not playing more often.

"It is really tough for the boys, but whatever happens this year happens because of this group. It is exceptional and tonight they showed it again."

Liverpool host Wolves while City play Aston Villa, managed by former Liverpool captain Steven Gerrard, at the Etihad on the league's final day. Trailing City on goal difference by six along with the point difference, Klopp admitted a title success was remote.

"If someone wants us to be champion then we have to win first and Aston Villa need to get a point at City," Klopp said. "It is possible. Not likely, but possible. That is enough.

"We all know. We never gave up. We'll give it a try, It's our home game, last home game of season. The atmosphere will be outstanding. We'll try to use it. We have to do our job. Football is a tricky game sometimes. Aston Villa play on Thursday and then Sunday. We'll see but you have to focus on yourselves."