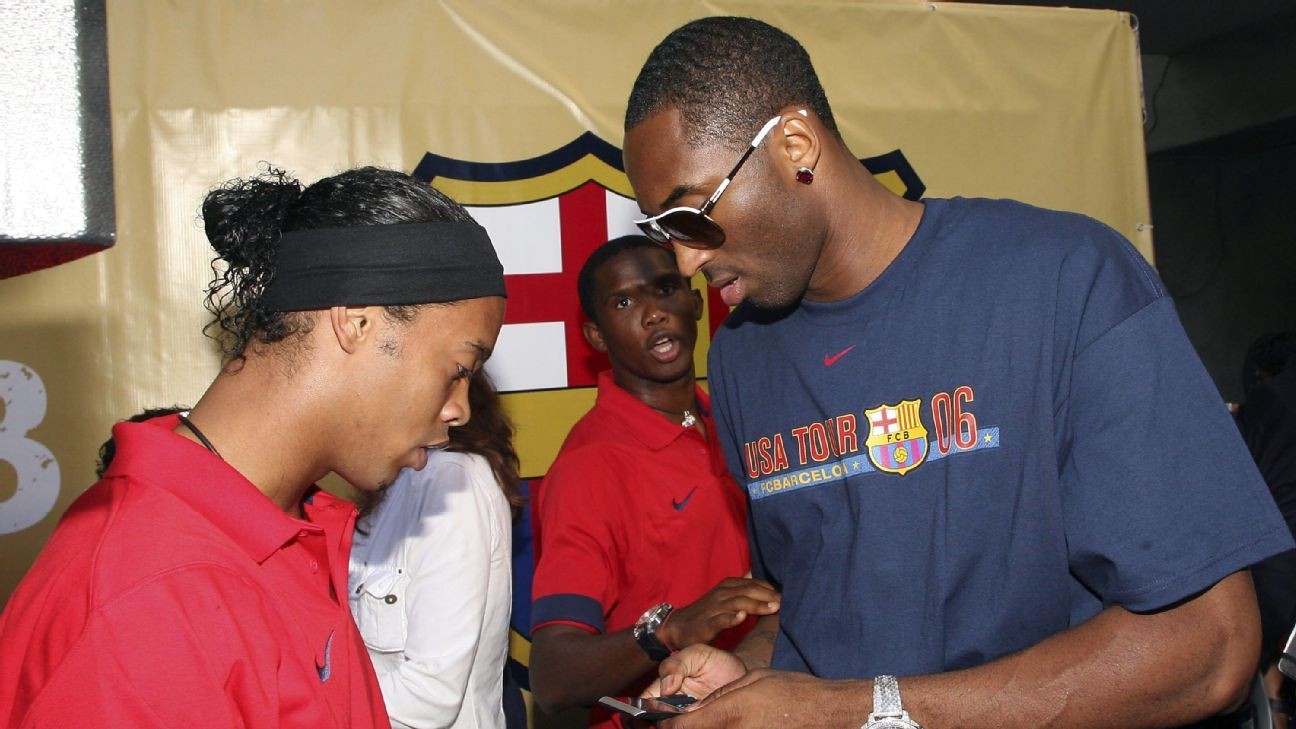 The magnitude of Kobe Bryant's reach was such that his death, along with his daughter Gianna, in a helicopter accident on Sunday resonated well beyond basketball and into other sports, and soccer proved to be no exception. When reports emerged of Bryant's death, there were tweets from soccer teams all over the globe, including AC Milan, the team he supported in his youth. It felt like the sport had lost a dear friend.

These days, it's not unusual for a professional athlete to show an affinity for other sports, even of the international variety. There is a commonality in the struggle, an acknowledgement of the slog and skill it takes to get to the top. Soccer has been a full beneficiary of this trend. Philadelphia 76ers star Joel Embiid has been known to sport a Real Madrid jersey. In an interview prior to last Sunday's NFC Championship Game, San Francisco 49ers quarterback Jimmy Garoppolo was seen wearing Paris Saint-Germain's colors.

Go back 20 years or so and such overt signs of approval were not as common, but even back then Bryant was an unabashed soccer fan. His roots in the game ran deep. He was a soccer aficionado before the sport was remotely close to being mainstream.

The sport of soccer has tended to appreciate these shoutouts more than most. While it touts itself as the world's game, mainstream acceptance in the U.S. has been slow in coming -- painfully at times -- over the past several decades. Acceptance by the likes of Bryant -- be it by wearing a jersey or talking up the game -- meant another smidgen of added street cred.

When Bryant's father, former NBA player Joe "Jellybean" Bryant, opted to continue his career in Italy, he took his family with him, including a then-6-year-old Kobe. The younger Bryant was soon immersed in the country's sporting culture, playing soccer one moment and basketball the next on the neighborhood courts where his family lived. And he took what he could from soccer and applied it to basketball.

"[Soccer] is strategic," Bryant told ESPN during a 2017 interview. "Upon receiving the ball you already have to have a good idea of what you're reading in front of you and what the next move is. And also the structure; they taught me at an early age how to play in triangles and how to utilize space, which wound up helping me tremendously in basketball as well. I loved the idea of how quickly the ball moves and how quickly you have to process what's moving right in front of you to make decisions."

By the time Bryant and his family left Italy and returned to the U.S. in 1991, he had adopted AC Milan as his team. At the time in the U.S. the sport of soccer at the professional level was still struggling. The 1994 FIFA World Cup was still three years away. MLS wouldn't launch for another two.

And yet Bryant's fandom continued. His friendship with Brazil great Ronaldinho, and later Argentina superstar Lionel Messi, meant his allegiance tilted toward Barcelona as time wore on. He even took time out during the 2008 Summer Olympics to watch Messi in person during Argentina's 3-0 semifinal win over rivals Brazil. A swarm of fans followed him out of the Workers' Stadium that night in Beijing, his head bobbing above the throng in the evening light. He also hit up Messi in the cafeteria.

"At the Olympics, the cafeteria is always the best place to be because you have all the athletes from all the teams in one place," Bryant said. "When we were in the cafeteria walking around, we saw [Messi] and his team sitting at one of the tables and I just walked up and sat down with him and kind of talked about the Olympics, the game a little bit. It was fun."

Bryant's assortment of endorsements, including BodyArmor, meant he stayed connected to the game of soccer in a sponsorship role. He spoke often of how the U.S. women's national team inspired his daughters. In an interview with ESPN television analyst Herculez Gomez at MLS Media Day, Bryant spoke of how he felt the Lakers were much like present-day Barcelona, storied teams in transition.

Now that connection is gone. The sport of soccer in the U.S. is on solid enough footing now where famous players aren't just fans but investors, with the Houston Rockets' James Harden buying a stake in the Houston Dynamo and the Seattle Seahawks' Russell Wilson investing in the Seattle Sounders. But Bryant was like the old friend whom you might not see much of these days but are comforted by the mere thought of him being around. He is already missed.