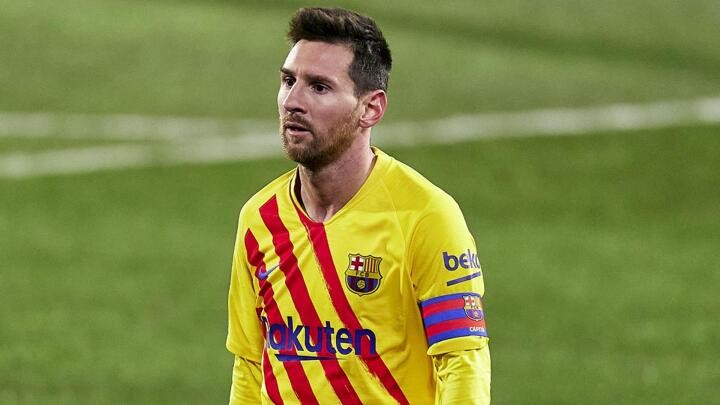 The Dutch coach claimed that Lionel Messi may not be ready to return for Barcelona in the Supercopa final on Sunday.

Messi missed Wednesday's penalty shoot-out victory over Real Sociedad due to some "discomfort".

Marc-Andre ter Stegen made two saves in the shoot-out as Barça overcame Real Sociedad 3-2 on penalties after a 1-1 draw, sending them into the final against either Real Madrid or Athletic Bilbao.

Koeman said he was still unsure if Messi would be available for the decider.

"First, I am very proud of this team, because if you count all the missing players we have in this moment, I think it is important to have people behind who can help. I think today we fulfilled in every way," Koeman told a news conference.

"I know Real [Sociedad] had their chances like us. We just managed to win after the penalties.

"Regarding Leo, we must wait the next days to know whether he is able to play."

Frenkie de Jong had put Barca ahead against Sociedad before Mikel Oyarzabal levelled from the spot in the second half.

Ter Stegen made six saves prior to the shoot-out, equalling his best tally in a single game for Barcelona this season.

"Of course to win on the penalties you must have a great goalkeeper, because Marc has stopped the first three penalties of Real and it is an important step regarding our possibilities to win," Koeman said.

"Also, I think Riqui [Puig] has the personality to take the responsibility to shoot the fifth [penalty]. It was important to score and reach the final."