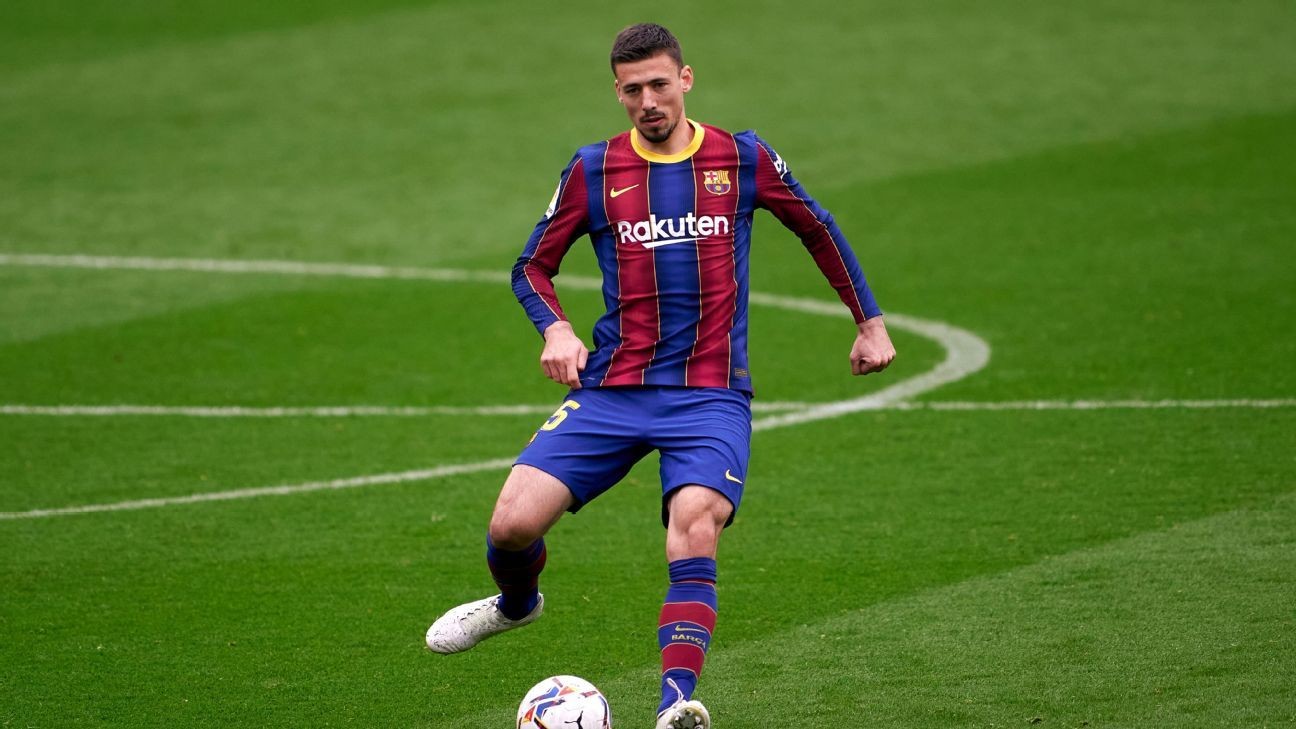 Barcelona coach Ronald Koeman said Clement Lenglet has struggled to deal with the criticism which followed his mistake in Sunday's 1-1 draw against Cadiz.

Lenglet's foul on Ruben Sobrino in the final minute of the game handed Cadiz a penalty, which they scored from, as Barca missed the chance to close the gap on La Liga leaders Atletico Madrid to six points.

A lot of the post-match analysis in the local media focused on the defender's error and social media has been awash with abuse for the France international, who was pictured crying in his car after the game.

"I spoke with Clement this morning," Koeman confirmed in a news conference on Tuesday when asked how Lenglet was coping. "He's a serious guy and a top professional. He's taken this very personally.

"There are other things that happened in the game; one player alone is not to blame for dropping points. Yes, he could do better, and he's made mistakes [this season], but we made mistakes in attack as well through other players.

"At 2-0, an isolated incident in the last minute is not as decisive. So he cannot take all the blame. I'm going to defend my player, even if there are things he can improve, like all the players."

- Man United, Liverpool among clubs to unite in fight against racism
- Facebook 'horrified' by racist abuse received on social media

Players at the top level of the game are increasingly subjected to abuse online. Arsenal coach Mikel Arteta recently urged social media companies to tackle the abuse and highlighted the damaging effect it is having on players.

Lenglet, 25, could get the chance to make amends for Sunday's mistake when the Blaugrana face Elche on Wednesday ahead of what could prove a make-or-break seven days.

They then face Sevilla, who are third in La Liga, twice in five days -- away from home in the league on Saturday and then in the second leg of their Copa del Rey semifinal at Camp Nou next Wednesday.

Barca are fourth in the table but could temporarily rise to second if they win their next two games, moving to within two points of Atletico, before trying to turn around a 2-0 deficit in the cup against Sevilla.

"A lot is at stake this week," Koeman added. "We can still fight for the title. Any team can slip up or lose a game, as we have seen recently, but we can't afford any more Cadiz repeats.

"We have two huge games this week and then we will think about the Copa. It will be tough to turn things around against Sevilla -- it would be easier with fans -- but we want to fight to [win something]."