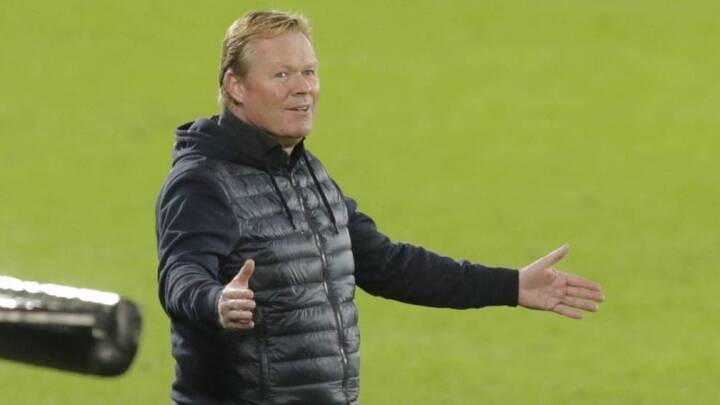 One negative from Barcelona's 5-1 win over Ferencvaros on Tuesday night was the sending off of Gerard Pique, who was shown red as he gave away a penalty in the second half. Ronald Koeman didn't agree with the decision.

The Barcelona coach believes that it was too much to award the penalty and to reduce Barcelona to 10 men. "The red card was too harsh a punishment," the Dutchman said in his post-match press conference. "For it to be a penalty and a red card is too harsh. But, you have to give credit to the way the team played with one man less." Pique's red card also means he'll be suspended for the trip to Turin to face Juventus in the second matchday, but Koeman is confident in the ability of his other players. In particular, he praised Ronald Araujo, the most likely player to fill in.

The victory a confidence boost just days before El Clasico

"You always want to have everyone available," he started. "But Araujo is doing things well. There is a good level of competition at centre-back. I'm confident when something happens to [Clement] Lenglet or to Pique because we have Araujo there."Koeman also analysed the Ferencvaros win in general, with the victory a confidence boost just days before El Clasico. "We had a good game, even if it took us a while to get in to the game with the rhythm that we wanted," he said.

"I think our problem is that we sometimes lower the rhythm and pressure. If we can keep this up then I think we're very good. That's the key for me."I don't think I can ask much more of this team right now. We're doing good. "We haven't won every match, so we can improve. But we have a bright future. We're calm about the fact that there's room for improvement. With time, the team will play better and player more like a team."