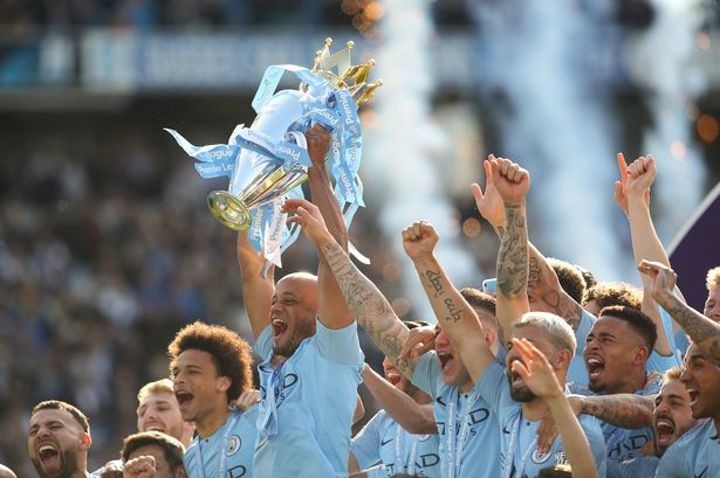 Vincent Kompany is calling on the Manchester City mentality as he seeks to revive his new club Anderlecht.

The 33-year-old helped to turn around the famous old Belgian outfit after a dreadful start to the season, until the season was prematurely ended by the coronavirus crisis.

But when asked about the pressure he and the players have been under, Kompany has cited the dressing room mind-set at City which made them the dominant force in English football in the last eight years.

The Blues legend is under pressure as player-manager after leaving City last summer.

Far from being the revival for which the Belgian giants had hoped, the Purple and Whites stood in eighth place when the league season was declared to be over due to the onset of Covid-19.

Kompany took a step back from his coaching role early in the season, after Anderlecht had suffered their worst start to a season for 21 years – losing five of their first eight league games.

Franky Vercauteren was brought in, with concerns about Kompany's involvement on the coching side, as he did not have the necessary coaching badges, but he remains an integral and influential figure at the club.

They had started to turn the season around, and a run of five wins from seven meant they had an outside chance of reaching the Championship play-offs with one game left in the regular season before the global pandemic struck.

Kompany has come under greater scrutiny in his Anderlecht role than he did as a player at City, but he made it plain that the mentality which developed at the Etihad Stadium since the 2008 takeover has stood him in good stead.

In an interview with Anderlecht's official website, Kompany said: “With Manchester City we went to the top of the world from nothing, and all these years the pressure came only from the inside.

“You set high standards and if you achieve them, you set even higher.

“You always strive internally for positive energy and you try to banish the negative energy. ”

The decision to end the season with just one game left of the first phase of the season denied Kompany and Anderlecht a slight chance of sneaking into the top six, and battling for the title.

The Belgian league consists of 16 teams, who all play each other twice – and then the league splits in two, with the bottom ten scrapping over one Europa League place and the top six playing off for the championship.

There was one game left of the first phase, and Genk and KV Mechelen both sat between Anderlecht and the sixth and final play-off spot.

Mechelen and Genk were due to play each other in a thrilling climax, and a winner would have clinched a place in those play-offs.

But if those two drew, a win for Anderlecht at lowly Sint-Truiden would have seen them leapfrog both and snatch the sixth spot.

In their last league game Anderlecht hammered Zulte-Waregem 7-0 as their season continued to look more positive for Kompany's team.