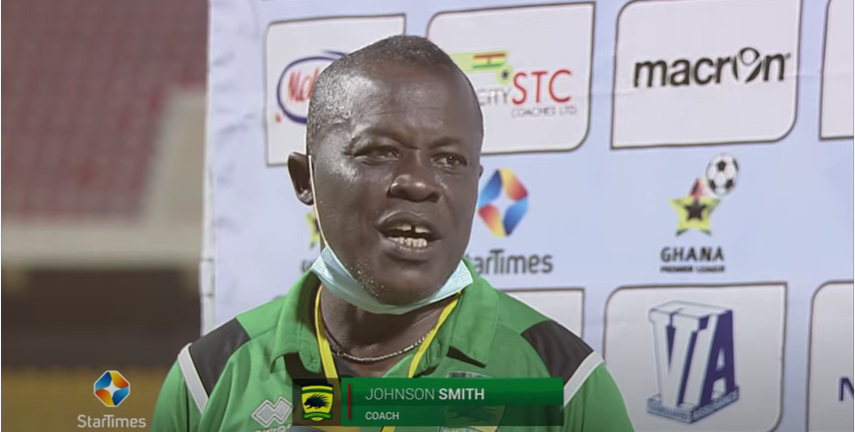 Asante Kotoko assistant coach Johnson Smith says they conceded a 'dubious' penalty and that contributed to their defeat against Bechem United.

In a must-win game, Kotoko came up short as the Hunters secured a 2-1 victory at the Nana Gyeabour Park on Sunday.

A first-half brace by Steven Owusu condemned the Porcupine Warriors to defeat which ended their title hopes as Hearts won the league.

Owusu scored a great opener but his second came from 12 yards as Bechem were awarded a penalty, a decision vehemently opposed by Johnson Smith.

“It’s all due to the officiating because the dubious penalty he had for Bechem people dampened our spirit, that’s why," Smith told the press after the game.

“The team we presented was a very good team, because of the injuries even Keyeke is injured but he was forced to play.

“But due to the referees officiating, that brings all the dampening of the spirit,” he added.

Kotoko's final league game of the season is against Elmina Sharks.